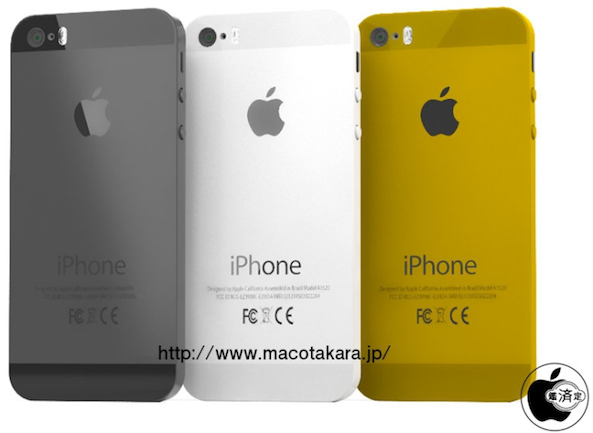 KGI Securities analyst Ming-Chi Kuo has sent out a note to investors this evening, updating his previous predictions for Apple’s next smartphone. Kuo’s track record with Apple product predictions is good, so what he says carries a fair amount of weight.

In the note, Kuo says he is expecting the iPhone 5S to feature the new A7 chip, 1GB of RAM, and a sapphire-covered Home button with a built-in fingerprint sensor—pretty standard stuff. But he also expects a gold colorway and a 128GB storage option…

Kuo’s expectations for the processor (via MacRumors):

“We reckon A7 will upgrade memory bandwidth spec to LPDDR3 from LPDDR2 adapted by A6, in an effort to improve system performance. Since Apple is in charge of both hardware and OS design, it is capable of minimalizing memory capacity at an optimized state. Therefore, A7’s RAM will likely be unchanged at 1GB.”

We’ve seen references to the A7 chip in iOS 7, and it’s the next logical step in Apple’s line of A4, A5 and A6 processors, so it makes sense. And Kuo’s right, Apple could get away with using 1GB of RAM again, and there’s been little evidence thus far of the contrary.

As for the camera, the analyst believes Apple will use an 8MP sensor again, but increase its aperture to F2.0 and add a dual LED flash for better lowlight photos. Previous reports have called for everything from 8MP to 13MP, so this one’s a bit of a toss-up.

Then there’s the long-rumored Home button with built-in fingerprint sensor. Kuo has been calling for the sensor to appear in the 5S since the spring, and he continues to stand by that. Now he believes a sapphire covering will help protect it from scratches.

Finally, he says that KGI Securities is also forecasting that the new model will come with a new a golden colorway—something we’ve heard before—and a new 128GB storage option to help differentiate it from the iPhone 5. That would go great with the 128GB iPad.

Between Kuo’s track record and the fact that most of this stuff matches up with previous reports, it seems very likely that these predictions paint a solid picture of Apple’s next smartphone. We’re expecting to see the iPhone 5S and more at an event on September 10.