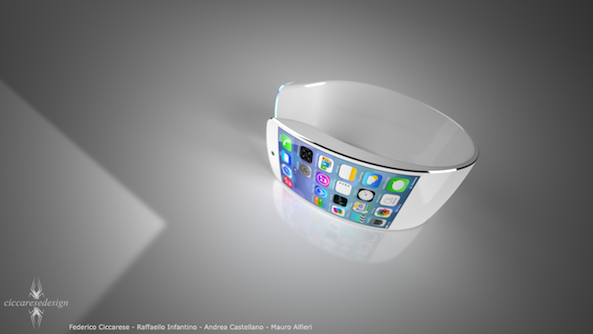 Since we first started hearing reports that Apple was working on a smartwatch, designers have been churning out concepts left and right showing what their visions are for the device. And we’ve seen some good ones too, see here and here.

But this new one from Federico Ciccarese, of Ciccarese Design, might be the best yet. Designed with a flexible touchscreen display, it looks more like a futuristic, high-end fashion accessory than it does a smartwatch, and it even runs iOS 7… 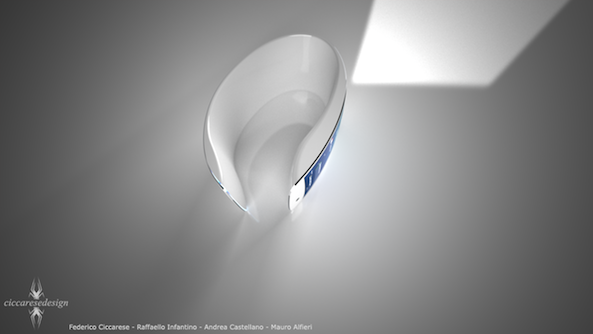 The name Ciccarese should sound familiar. Federico and co have been responsible for a number of popular past Apple product concepts, including one for the 4-inch iPhone, these life-like iPad 5 mockups and he’s even done an iWatch or two.

This time around, Federico’s concept is based on Apple’s ‘Bi-stable Spring with Flexible Display’ patent. Much like a slap band bracelet, a popular accessory in the 90’s, the patent calls for a snap-on bracelet with a flexible touchscreen display.

Rumors regarding Apple’s smartwatch have been plentiful over the past 6 months. Bloomberg says there are over 100 designers working on the project, and multiple reports have claimed the company has brought in outside talent to help out.

Actual details regarding the device have been slim thus far, but it’s believed that it will run iOS and feature a wide range of sensors for tracking health and fitness stats. There’s also been no word on a launch date, but it’s not expected until next year.

What do you think of the concept? Would you buy one?