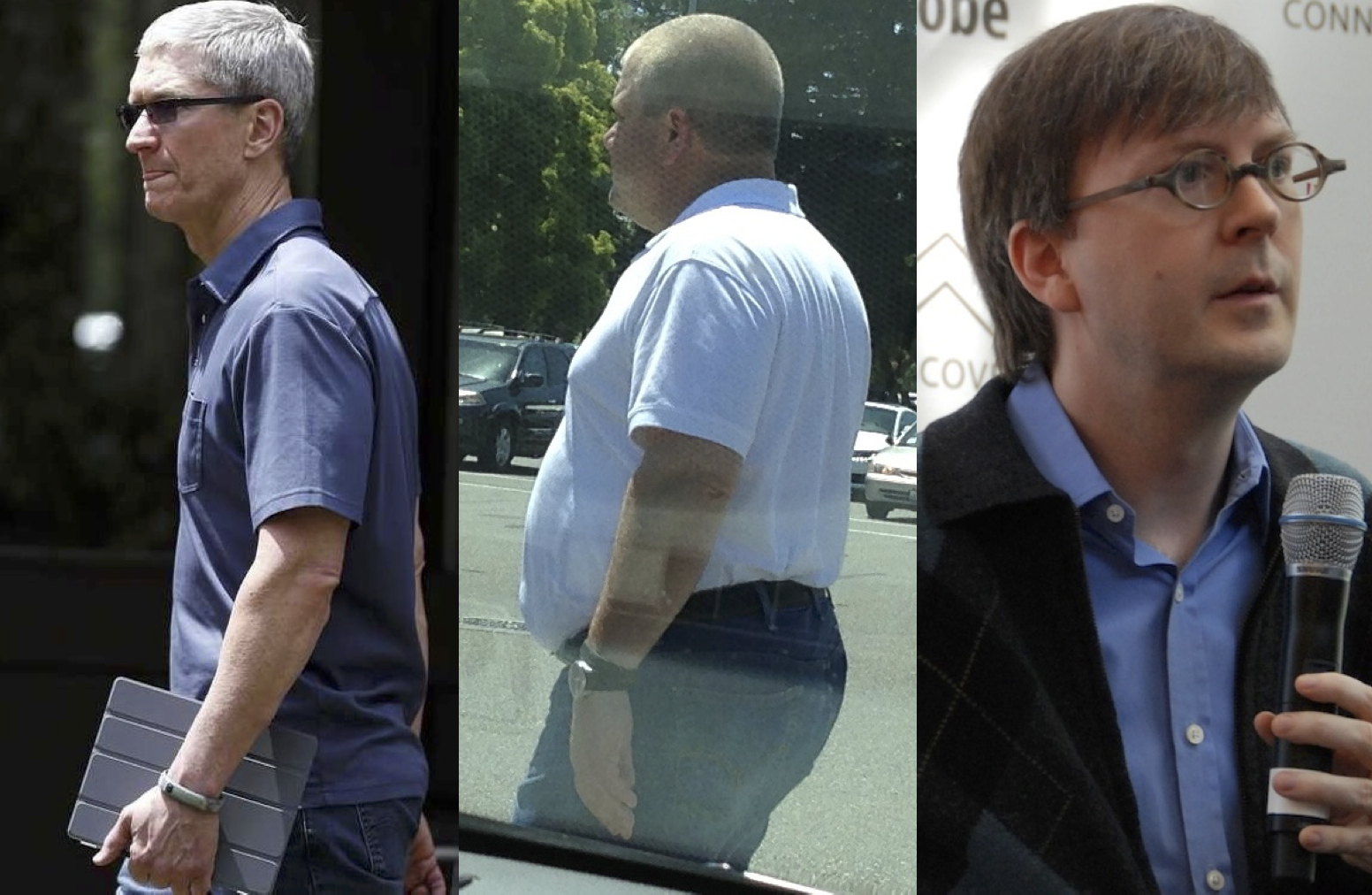 As evidence pertaining to a rumored Apple smartwatch mounts, so do Apple’s recent tech celebrity hirings. For example, the past few weeks saw the poaching of former Adobe CTO and Flash proponent Kevin Lynch, who joined Apple as VP of Technology.

Along with the company’s long-time hardware guru Bob Mansfield, head of all Design and Human Interfaces across the company,  Jonathan Ive, iOS/OS X boss Craig Federighi and other high-profile execs, Apple is assembling an all-star cast tasked with figuring out its next breakthrough – wearables…

The excellent report by well-connected Mark Gurman for 9to5Mac takes a closer look at iWatch development and the impressive team Apple’s managed to assemble.

Team members include hardware and software engineers, manufacturing and fitness gurus and experts in medical sensors (glucose measuring and other body readings) poached from startups such as AccuVein, C8 MediSensors and Senseonics.

We spent a lot of time working on the technology for gathering data through skin and a lot of time dealing with the optical variance of skin.

Anybody who is going to be working on wearable biometric sensors would find the experience of C8 employees invaluable.

Based on the report’s findings, your iWatch team leadership is as follows:

• Bob Mansfield – SVP of Technologies is apparently key to iWatch development. He was un-retired in mid-2012 to work on unspecified “future products” and head Apple’s semiconductor and wireless teams
• Phil Schiller – SVP of Worldwide Marketing has been examining the Jawbone Up and is in charge of analyzing the current marketplace.
• Kevin Lynch – VP of Technology is focused on overall software vision. His team is comprised of former iPod hardware and software designers. Lynch is “very excited” about his new work, sources say.
• Paul Deneve – former Yves St. Laurent CEO is working on Special Projects, reporting directly to Cook. He will “likely be critical for Apple’s plans for wearable devices”.
• James Foster – Senior Director of Engineering is in charge of figuring out iWatch technologies and mechanics. His team includes sensor, chip and battery/power efficiency experts.
• Dan Riccio – SVP of Hardware Engineering is in charge of the iWatch hardware
• Jony Ive – SVP of Design and his team are of course designing the user-facing iWatch interface
• Craig Federighi – SVP of Software Engineering who leads iOS and OS X teams is tasked with developing a power-savvy iOS version for the iWatch.

Also part of the iWatch task force: former iPhone engineers, MacBook Air battery experts who will apply their expertise to the wearable project and workers from various startups that specialize in devices that analyze sleep patterns.

Former Authentec engineers are partly involved with iWatch sensors as Apple seeks to “embed a fingerprint reader into a high-resolution multi-touch iWatch display” in the future. And to engineer miniaturized, power-efficient iWatch chips, Apple ostensibly poached employees from chip design firms such as Infineon and XMOS, the report states.

According to the author, Apple in years past has experimented with various wearable computer designs, with internal prototypes ranging from designs that could clip onto different pieces of clothing (like an iPod shuffle/nano) to gadgets that could wrap around a wrist.

Apple CEO Tim Cook, who sits on the Nike board and wears their Fuel Band, is likely interested in turning the market for smartwatches upside down.

According to one estimate, iWatch rumor-mongering will help boost smartwatch sales in 2014 by a factor of ten.

There’s much more to be gleaned from Gurman’s excellent reporting so check out the full story for some in-depth insight.