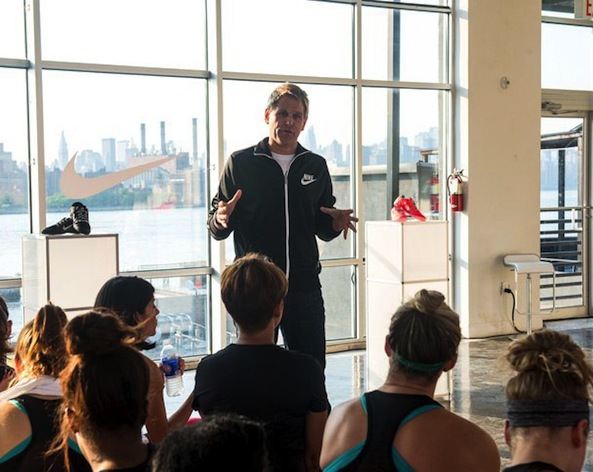 Jay Blahnik, a widely recognized fitness expert and key developer of the Nike FuelBand has taken a new job at Apple, according to a new report. He’s believed to be working on the company’s long-rumored iWatch project.

Blahnik’s resume is a mile long, as he has spent his last several years speaking at conferences around the globe, and consulting for everyone from Gatorade to General Electric. And now he’s taking his talents to Cupertino…

9to5Mac has put together an extensive profile of the fitness expert, as well as provided a cornucopia of evidence that he is now working at Apple. Here’s one of the more convincing pieces where he responds to a friend on Twitter:

The report goes on to paint a picture of Blahnik’s departure from the fitness industry, as he moves to take on a new role at Apple. There was a big going away party, and a number of ‘we’ll miss you’ tweets directed at Blahnik’s account.

That expertise would surely come in handy in helping Apple develop its so-called ‘iWatch’ which is said to feature a number of fitness and health-tracking functions. And Blahnik would certainly fit in with the project’s ‘dream team.’

Most pundits don’t believe we’ll actually see the iWatch until late next year, which gives the competition quite the head start. In fact, Samsung is expected to unveil its Galaxy Gear smartwatch in just a few weeks, at a September 4 event.

That being said, you have to imagine that something big enough to pull Blahnik away from his current work—and I doubt money was an issue—has to be pretty awesome. And you know what? I can’t wait to see what that something is.