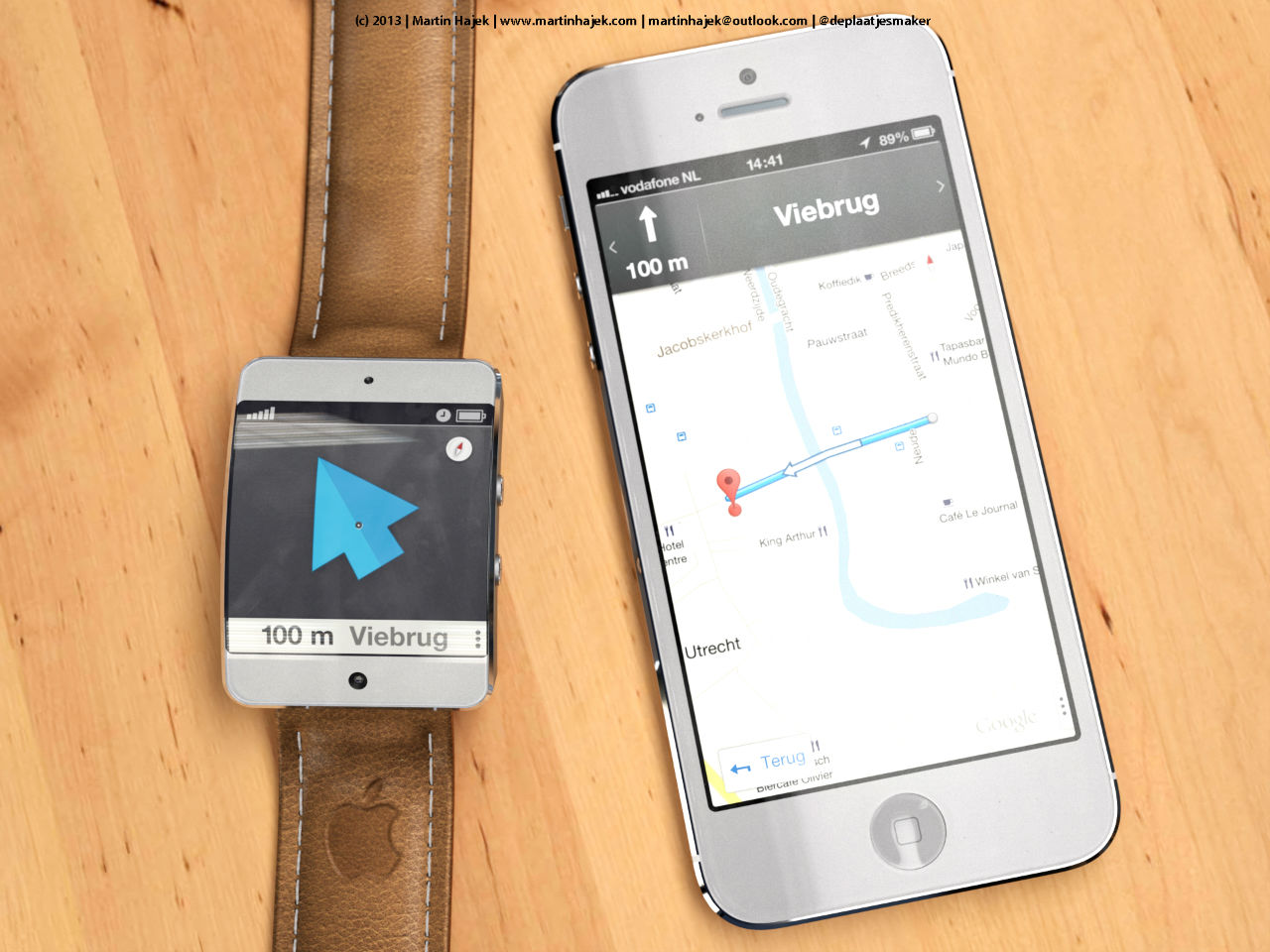 Renowned 3D artist Martin Hajek today shared a new batch of interesting conceptual renderings that strive to envision how Apple’s rumored iWatch might seemingly lend itself to maps, which have long been the killer app category on mobile devices.

Indeed, with power-savvy Bluetooth Smart technology and iOS allegedly powering the device, a smartwatch from the people that brought you the iPhone could theoretically retrieve a user’s geographical location by tapping the iPhone’s GPS sensor, simply acting as a second screen for turn-by-turn directions…

Check out the renderings and meet us in comments. 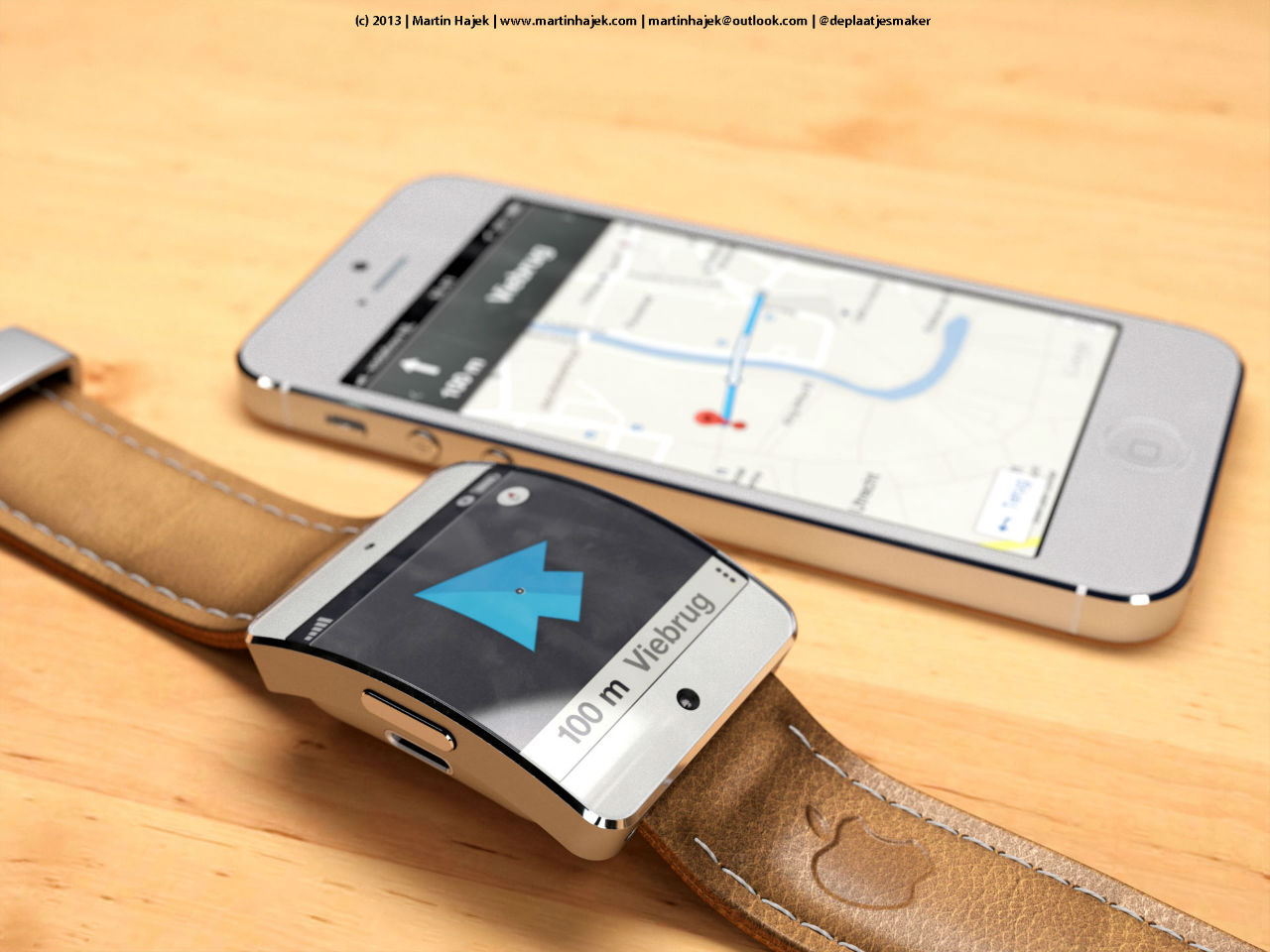 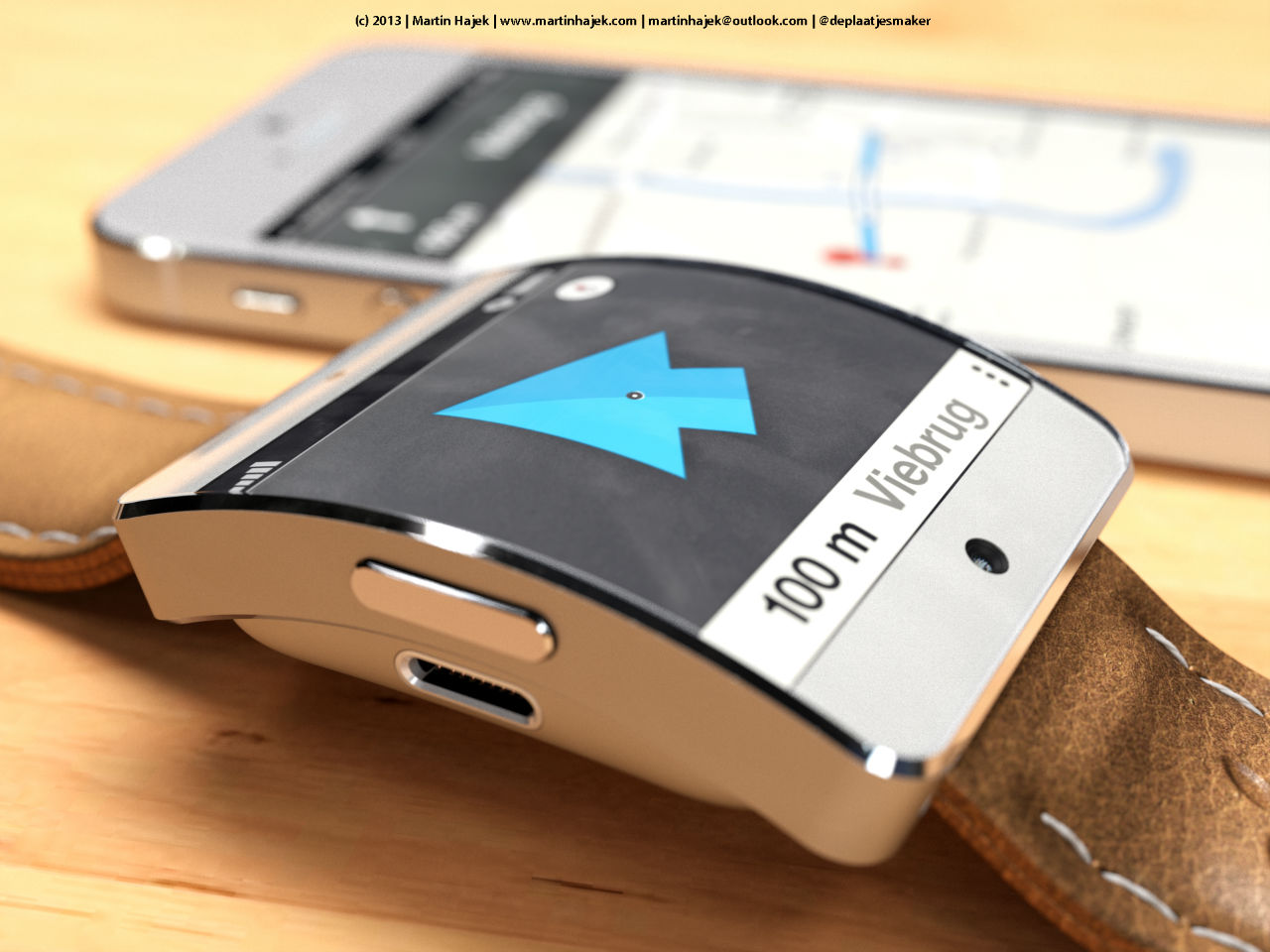 I love the iPhone-like power/sleep button on the left side, by the way.

Martin has additional renderings over at his blog and on Flickr.

According to well-respected analyst Ming-Chi Kuo, we may not see the iWatch until late-2014 because the technology isn’t there yet and Apple just isn’t feeling confident enough to throw its brand behind such a gizmo.

While earlier rumors zeroed in on various fitness applications, Kuo thinks the Apple smartwatch will incorporate biometrics – not only for heightened security features, but to enable broader health-related applications.

Bloomberg in March claimed the iWatch would house a pedometer for counting steps and sensors for monitoring health-related data, such as heart rates.

And just last week, the reliable Japanese blog Macotakara reported Foxconn had received orders for the iWatch, offering such specifics as a 1.5-inch display powered by OLED technology. The Taiwanese manufacturer was reportedly gearing up for a trial production run of a thousand units.

Could the iWatch + maps combo be a winner?