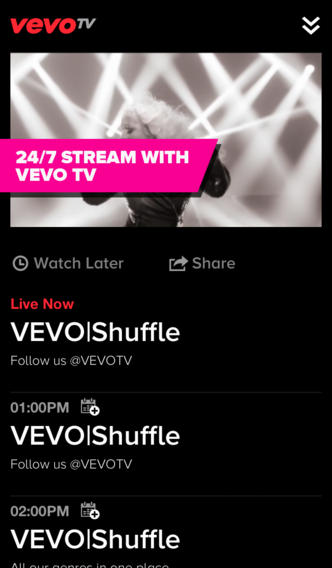 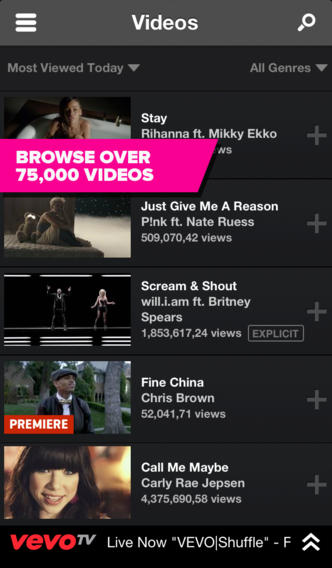 Vevo – a joint venture music video service operated by Sony Music Entertainment, Universal Music Group, Google and Abu Dhabi Media – has had a nifty iPhone and iPad app available on the App Store for quite some time now.

Thanks to a March update, it’s gotten a whole lot more useful by bringing out a disruptive feature called Vevo TV, always-on broadcast music channels that turn your iOS device into the MTV jukebox for the 21st century.

This means you can wirelessly beam any Vevo music video from your iOS device to your big screen TV through a $99 Apple TV set-top box. This is full-blown AirPlay streaming with both audio and video, not audio-only as before.

Personally, I’ve been waiting for this for months. 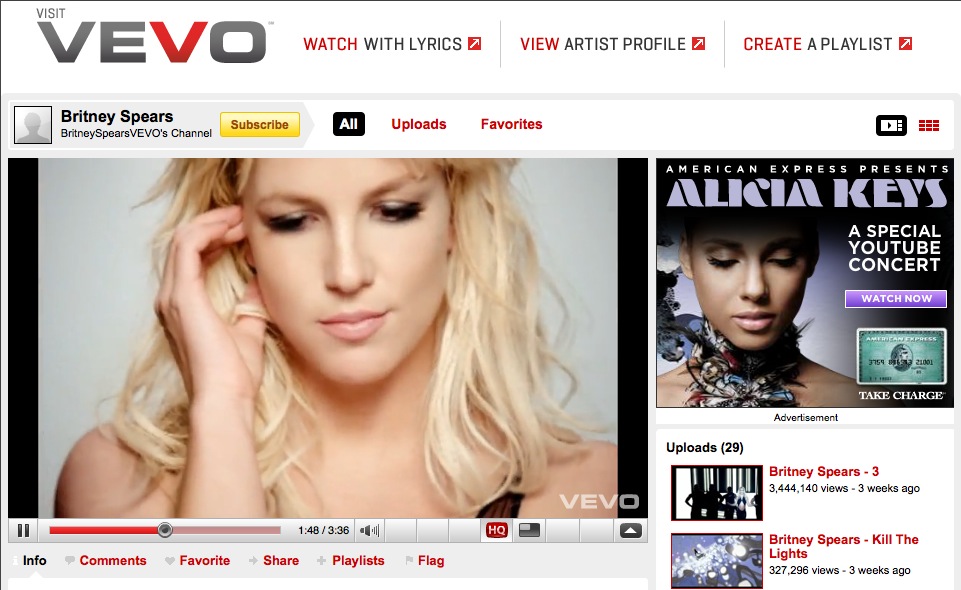 On any given day, I tend to watch at least a dozen music videos (to get myself in the mood for writing). Therefore, the lack of AirPlay video streaming in Vevo apps has been ticking me off.

I know about AirPlay Mirroring, but I steer away from the feature because it gives me badly cropped video. Full AirPlay support now lets me send any music video to my Apple TV by hitting the little AirPlay icon in the media player. My little hockey-puck box immediately takes over and starts streaming the clip in its full HD 1080p 16:9 glory, right on my living room TV. 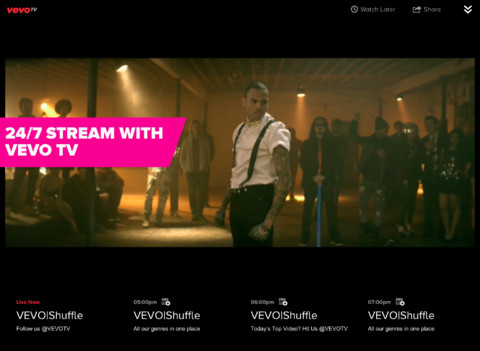 “Music video website Vevo is developing an app for Apple TV that will offer up its 24-7 music video channel, according to people familiar with the matter,” AdAge recently learned from its plugged-in sources.

For those wondering, Vevo TV channels are curate by human editors and include live concerts and television shows. It’s a multicast experience, meaning everyone gets to watch the same programming at the exact same time, regardless of the platform they’re accessing it from.

If you haven’t yet experienced the joys of non-stop music video streaming, I wholeheartedly recommend you give Vevo TV a try.

With a catalog of 75,000 music videos from more than 21,000 artists – and more being added each day – you’ll hardly run out of something entertaining to watch.

The free Vevo and Vevo HD apps can be downloaded from the App Store.