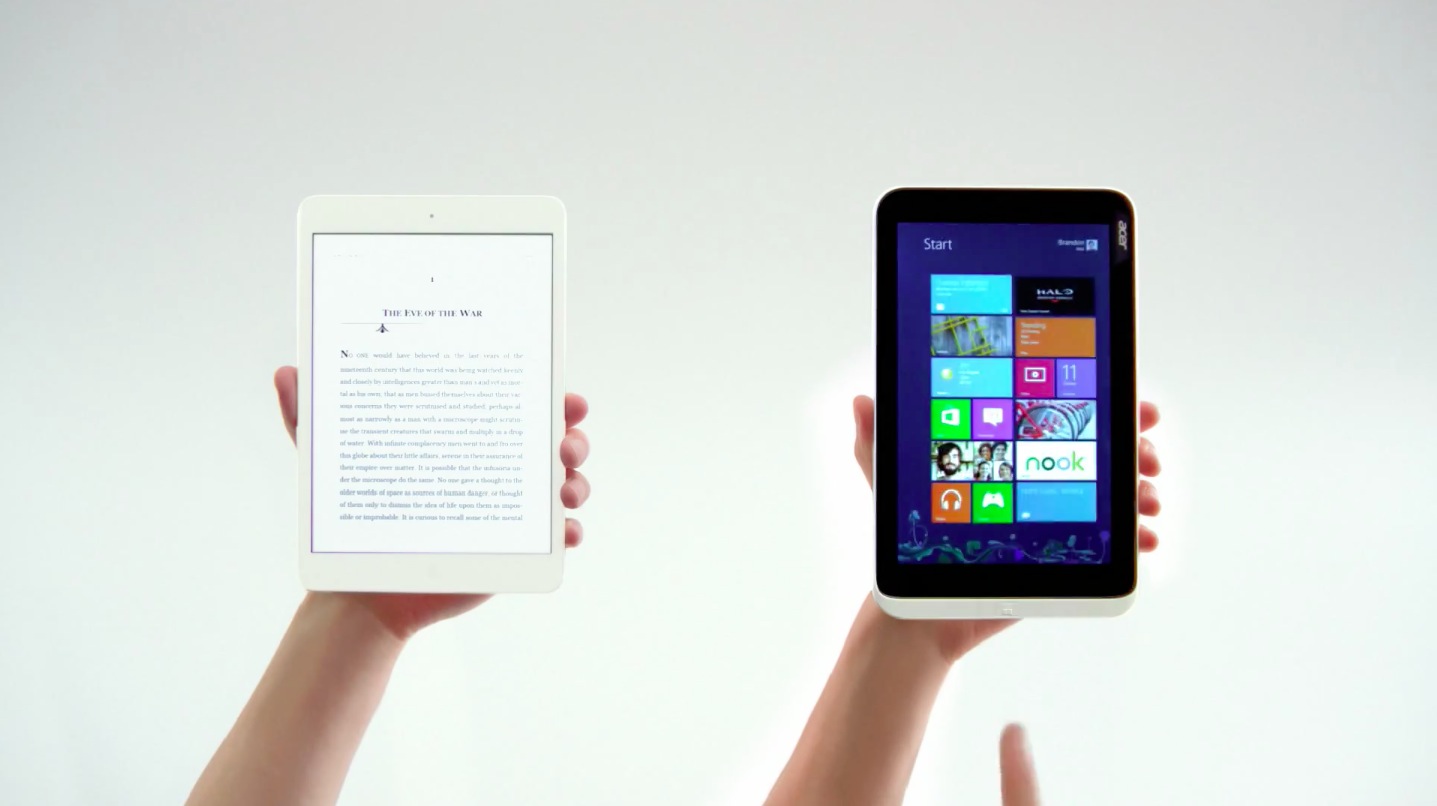 You’d have think Microsoft’s ad agency would not release another iPad bashing commercial until next week. Much to our surprise, however, a mere 24 hours later a new commercial has surfaced on YouTube, this time on Microsoft’s WindowsVideos channel.

And for the first time, the software giant is targeting the iPad mini by pitting Acer’s 8.1-inch Iconia W3 tablet against Apple’s popular 7.9-inch $329 device. I’ve included the ad for your viewing pleasure right after the break…

Wait, we can’t play games on the iPad mini?

This is really a continuation of a theme prevalent in the previous Surface ads.

That being said, I’m not so sure Microsoft is doing itself any favor by painting the iPad overpriced while insisting that Windows 8 tablets are real computers.

If price, Office compatibility and ability to run legacy Windows apps were determining factors, then Microsoft would have been the king of the hill rather than an also-ran.

I guess Redmond didn’t get the memo.

Anyway, what did you think of this commercial?