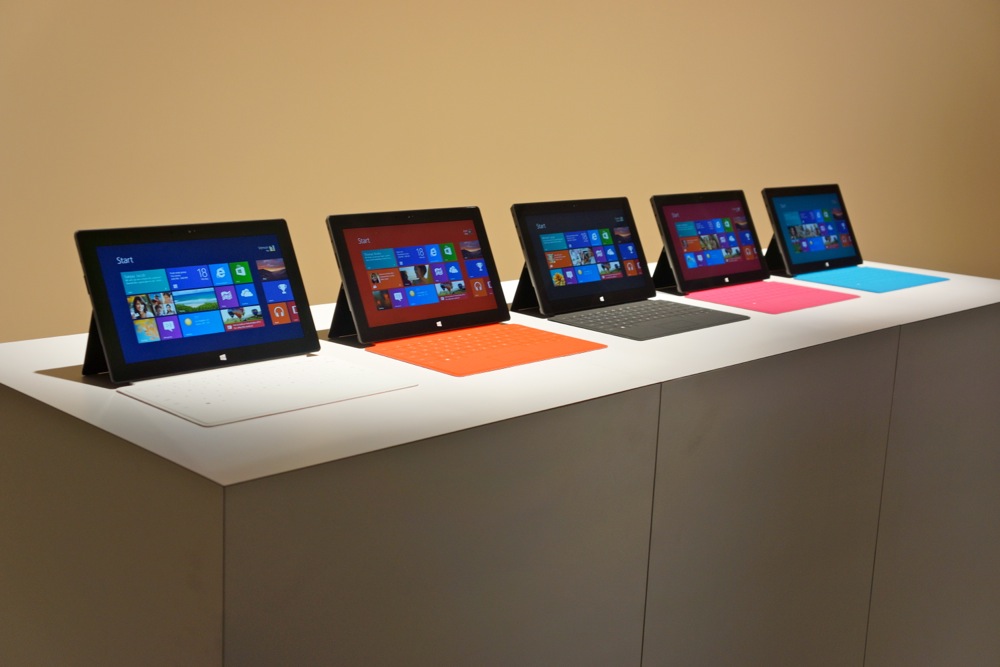 Microsoft last June unveiled its iPad contender, the ARM-powered Surface RT tablet. We’ve suspected all along that it hasn’t been much of a smash hit.

Nine months later, the Windows giant admits defeat by announcing it will be taking an astounding $900 million loss over unsold Surface RT inventory.

The top dogs called it an “inventory adjustments”. Our take: these things would not have been collecting dust in the warehouse if they were flying off the shelves like hotcakes…

The massive $900 writedown (a loss of $0.07 per share) reflects the new market value of the unsold Surface RT units in Microsoft’s inventory after the company earlier this week slashed all Surface RT devices by $150 to $350, down from the original price of $499.

In the meantime, Apple continues to sell its iPad like there’s no tomorrow.

Losses notwithstanding, Microsoft is “100 percent committed” to the Surface business and confirmed there are no inventory issue with the Surface Pro, which could also be interpreted as ‘hey, we underestimated demand there’.

The gist of the just-announced June quarter earnings: revenue was up ten percent to $19.9 billion, net income was $4.97 billion with earnings per share at 95 cents (includes the $900 million writedown).

Amid grossly declining PC sales, the Windows division’s growth was about six percent.

The Entertainment and Devices Division – which includes Xbox and Windows Phone – grew 7.5 percent to $1.9 billion in revenue. Revenue from Windows Phone licenses and patent licensing is up by $222 million.

The Business Division (includes Office) grew fourteen percent for a 7.2 billion in revenue.

Interestingly enough, the company hasn’t divulged Windows 8 license sales. Both Microsoft and Google missed estimates (the Apple syndrome?) so their shares tanked by nearly five percent each in after-hours trading.

For the full fiscal year, Microsoft posted $77.85 billion in revenue, with operating income at $26.74 billion. By comparison, Apple in its last quarter alone collected $9.5 billion in net profit.

Here are your key metrics, courtesy of The Verge.

Matter of fact, if it weren’t for the profitable Xbox and entertainment division, Microsoft would be in the same boat as Apple in terms of the negative sentiment on Wall Street.

“That’s the biggest miss we’ve ever seen from Microsoft, the biggest that I could remember,” Pacific Crest Securities analyst Brendan Barnicle told Reuters. “It looks like everything was weak and that’s what we need an explanation on”.

Of course, Microsoft is filthy rich and can afford to lose a billion here and there. 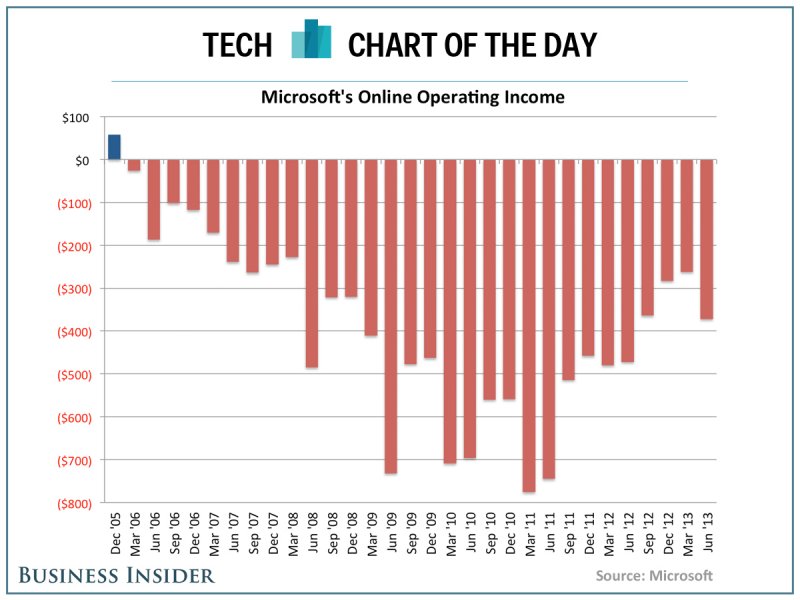 Case in point: the software giant’s Online group, which since 2005 posted a cumulative loss of an astounding $11.98 billion. Including the $6.2 billion right down for the aQuantive acquisition brings the total loss for the Online group since 2005 to a whopping $18.2 billion, according to Business Insider.

Of course, Microsoft repeatedly cautions it enters markets for the long haul and is willing to burn through its cash in order to become a viable player. That’s what they have done rather successfully with the Xbox, that’s what they were hoping to accomplish with the Zune adventure and now they’re pulling the same trick with the Surface.

Still, a loss of nearly a billion dollar from failed tablet sales in less than a year? No amount of iPad bashing television commercials will erase that “milestone”.

Matt Burnds of TechCrunch summed it up best:

“Windows RT should not exist as a consumer-facing product,” he opined. “It’s a reactionary move against the iPad and the multitude of Android tablets flooding the market”.

Instead, he advises Microsoft focuses on selling its tablet to enterprise and small business users.

If Apple took such a huge hit on the iPad, I imagine Wall Street would be promptly pushing for a CEO ouster.