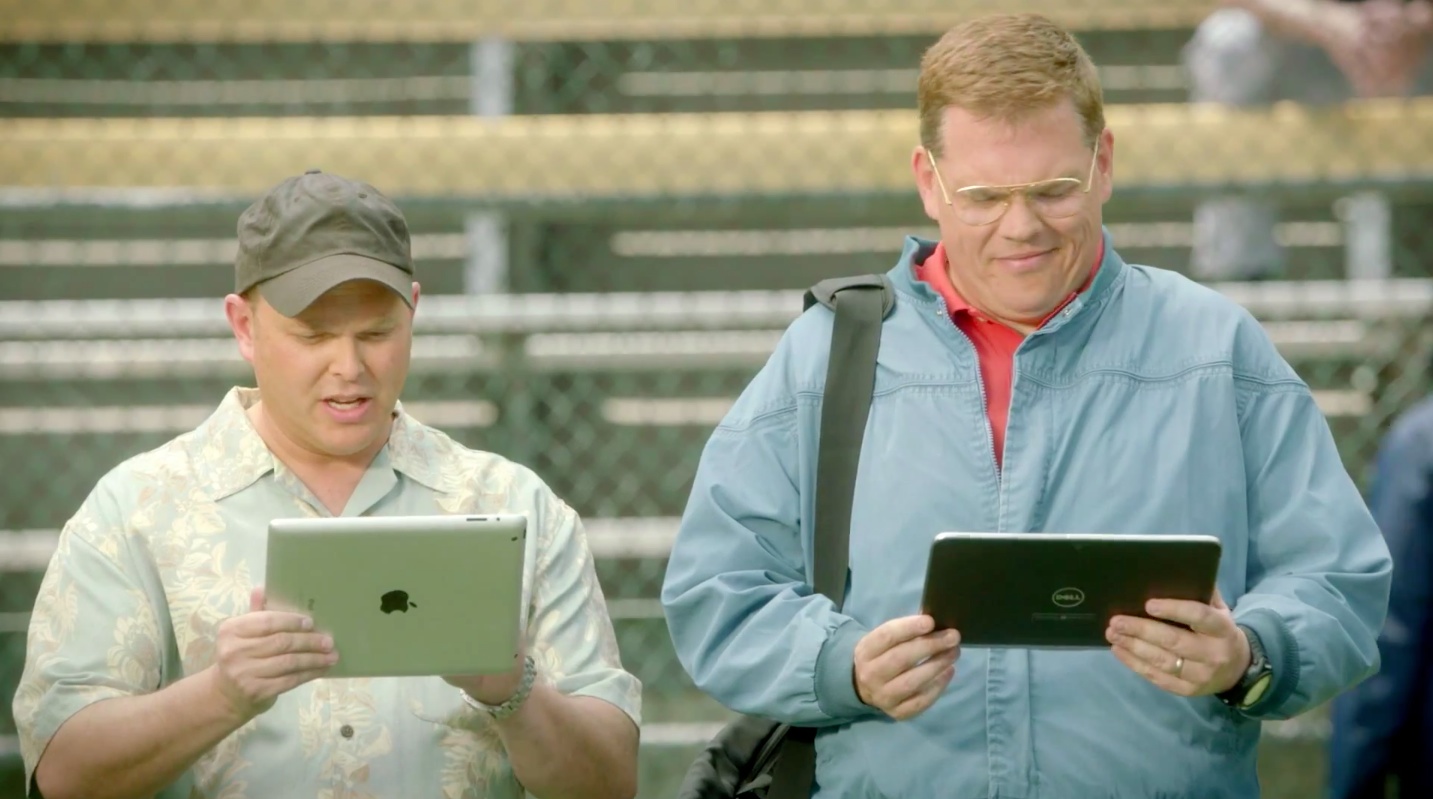 iPad-bashing is becoming the recurring theme for Microsoft as the once dominant force in computing struggles to reclaim its relevancy in the post-PC world. Nowhere is this more evident that in Microsoft’s inability to hit the ground running with Windows 8 on tablets.

With a few notable exceptions, you can tell an also-ran has run out of ideas when it puts together a television commercial advertising its contender against the industry leader.

Sometimes the strategy of piggy-backing on the top dog’s popularity can do wonders (case in point: Samsung), but often times it just backfires. The latter appears to be happening with Microsoft’s anti-iPad ads. I’ll let you be the judge of that: the latest iPad-dissing 30-second spot sporting two baseball scouts is below the fold…

Titled ‘Baseball,’ this one cleverly exploits America’s favorite pastime to tout the ability of Windows 8 to run apps side-by-side on tablets versus the iOS app switching.

“Do two things at once without dropping the ball,” the tag line says. You have to give it to Microsoft’s copy editors for coming up with such one-liners.

The ad is clever and the message hits home, I’ll give them that.

Realizing the iPad is the tablet to beat, the Windows maker amped up Surface advertising with a series of commercials that pit the Surface against the iPad.

One commercial took issue with the iPad’s lack of SD Card slot and its price.

The other dissed the iPad’s price tag and some of the exotic features that received little attention, like AirPrint. And the third commercial cleverly used the Siri voice to paint Apple’s tablet as a training wheels for the Surface.

So what did you think of the ad?