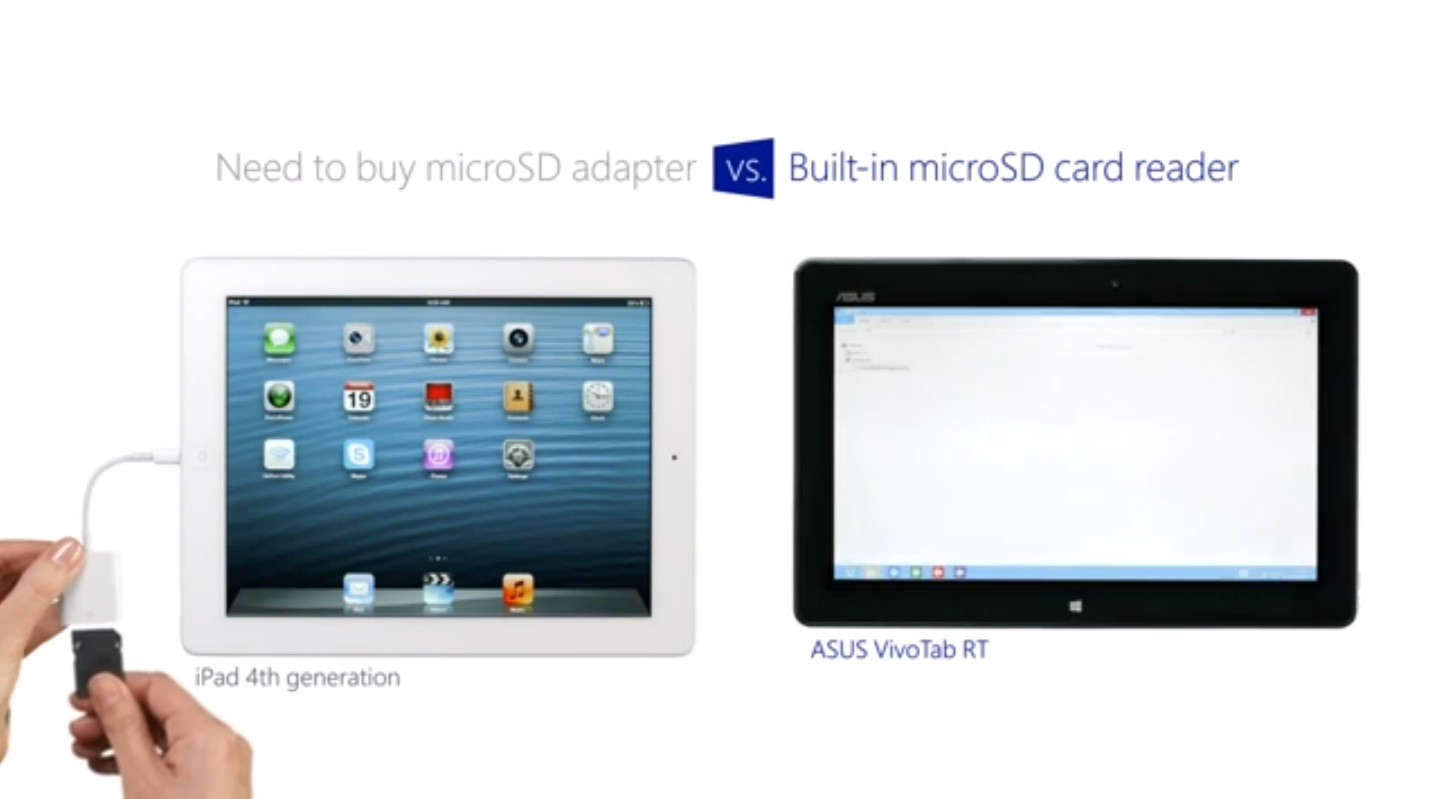 Wow, that was quick. Following on yesterday’s Windows 8 commercial which uses Apple’s Siri to highlight the iPad’s perceived flaws – such as its $499 price point versus an Asus VivoTab Smart and lack of Office (go figure), the Redmond-based software giant today release another ad along the same lines.

Suggestively titled ‘Comparison: iPad vs. Windows 8 Tablet’, the commercial pits an iPad 4 against an Asus Vivo Tab RT, which is based on the same ARM CPU technology like Apple’s tablet. However, the software maker has been caught cheating…

As you can see below, the commercial praises the Asus hardware for being thinner (0.37 inches versus 0.32 inches) and lighter (1.44lbs versus 1.16lbs) than the iPad 4.

Of course, the Windows maker also highlights its Office offering (“One Note app only comes with Microsoft Office”) and multitasking capabilities of Windows 8 that allow users to run two apps concurrently in split-screen mode.

You also need to buy a micro SD adapter for your iPad, the ad proclaims, and can only print to a special AirPrint-compatible printer whereas the Asus tablet prints wirelessly to “nearly all printers”.

Microsoft also has a nice web page up where users can choose to compare an iPad 4 to an Asus VivoTab Smart, Dell XPS 10, HP Envy x2 and Microsoft’s own Surface RT. 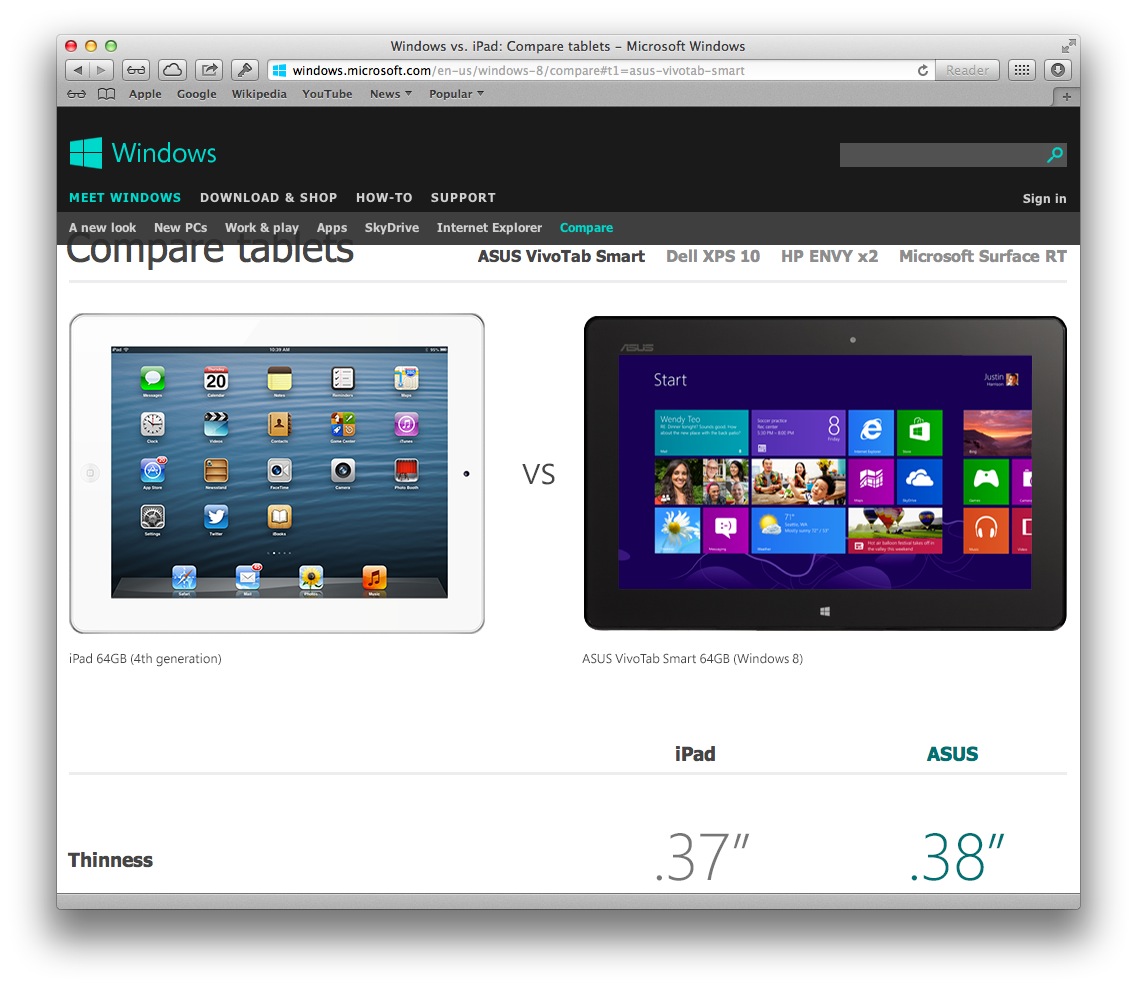 Unfortunately for Microsoft, Elliot Temple of curi.us points out that a comparison between the iPad and the Asus device on Microsoft’s web site is inaccurate, to say the least.

iMicrosoft claims the Asus tablet “has a bigger touchscreen” whereas in reality Asus’ device has 3.55 percent less area than the iPad, not 36 percent more as Microsoft depicts.

How can the screen with a larger diagonal measurement be smaller? Because it’s a different shape. Long and thin gets you a bigger diagonal but a smaller screen, for the same diagonal inches.

On a related note, Microsoft chairman Bill Gates recently asserted that people are frustrated because the iPad “lacks real keyboard and real Office”.

We’ve come a long way since Apple’s Mac vs. PC campaign, no?