You would think that with an ongoing Surface sales slump that even multiple fire sales can’t fix, Microsoft would try to switch up its tactics. But nope. As it’s done several times this summer, the Redmond company posted a new tablet ad today attacking the iPad.

The new spot is called ‘Surface RT vs. iPad.’ And like Microsoft’s previous commercials, it pits the Surface against Apple’s popular tablet, highlighting their differences. This time around, the iPad is knocked for having a smaller screen, lacking a kickstand and more…

At this point, someone obviously needs to let Microsoft’s marketing department know that the majority of the people that are buying iPads aren’t interested in most of these features—USB ports, kickstands, MS Office, etc.—because they clearly haven’t figured it out yet.

A 2012 Consumer Intelligence poll showed that a majority of iPad users use their tablets to browse the web, consume media content and play games. In fact, only 12% admitted that they used their iPads for business, and even then, email was the most common task. 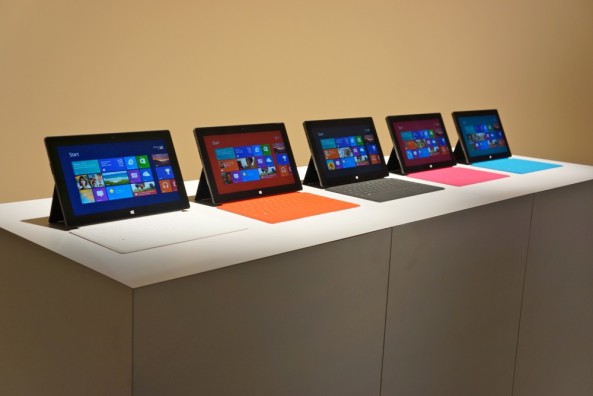 So who should Microsoft be pitching the Surface to if not iPad owners? Laptop owners? No. Even at $349 for the entry-level model, the Surface isn’t less expensive than many laptops, or more portable. Plus, don’t forget, the Surface RT doesn’t run a full version of Windows.

This quandary can probably help explain why Microsoft took close to a $1 billion bath last quarter in unsold Surfaces, and why all time Surface sales are believed to be less than 2 million units. It’ll be interesting to see if Ballmer and company learn their lesson moving forward.