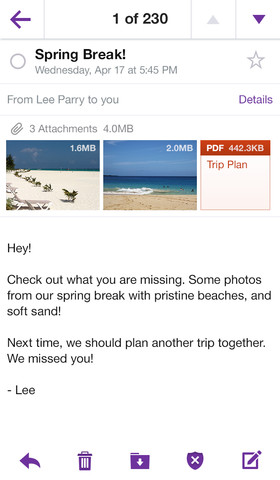 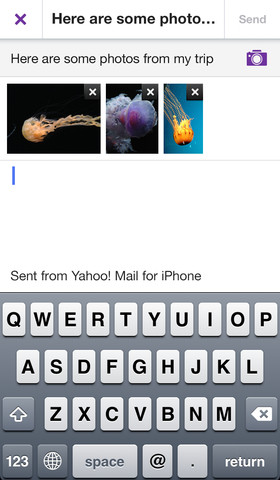 Yahoo may have been buying popular iPhone apps lately, but that doesn’t mean it’s not giving Apple’s platform some love. Quite the contrary, in the past few weeks the original Internet giant has released a stunning Weather app, updated Flickr with Instagram-y filters, overhauled News and re-released the native Mail software.

First up, the application now lets you set up multiple Yahoo Mail accounts on your iPhone, iPod touch or iPad and quickly switch between them without ever signing out…

This feature allows Yahoo’s Small Business customers to access their email natively through an iOS device while enjoying such capabilities as push notifications, Yahoo contacts integration and support for photo attachments. 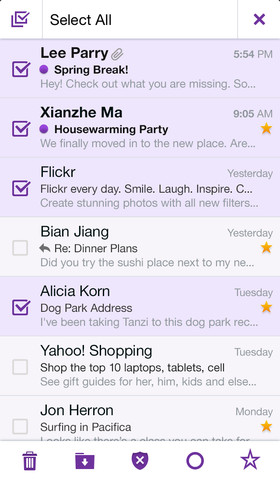 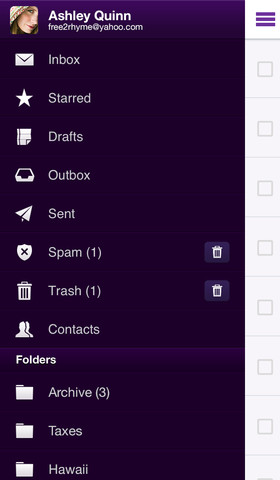 By the way, to sign out just go to Settings and tap Manage Accounts.

And, let’s not forget the unavoidable “bug fixes and stability enhancements”.

But the good news doesn’t stop here: if you’re on Android, Yahoo Mail now integrates with Dropbox for email attachments, a feature that first surfaced in the web interface three months ago. 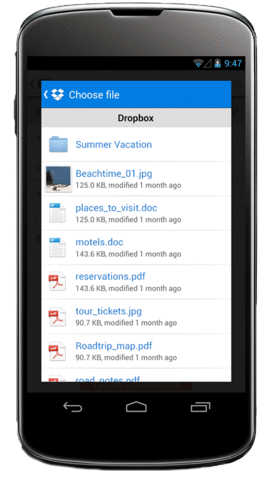 The company shed more light on this in a blog post:

In the app, start a new email, tap the attachment icon and choose “Share from Dropbox.”

Yahoo showed off this new integration today at DBX, Dropbox’s first-ever developer conference (here’s to the hoping the Dropbox thing will soon surface in the iOS edition).

You can download Yahoo Mail for Android from Google’s Play store.

If you don’t use the service anymore, I suggest giving it another try.

It’s better than ever and the iOS client is more comprehensive, easier to use and sleeker compared to Google’s Gmail iOS client (just my two cents, anyway).

You can grab your free universal binary update straight from the App Store now.