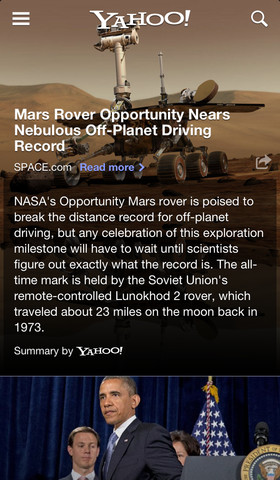 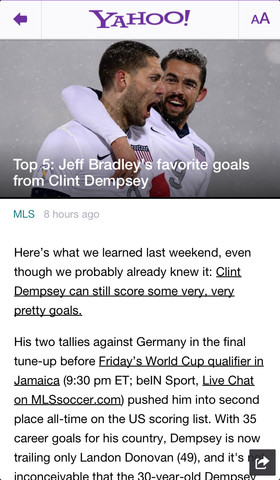 Yahoo has been busy updating its key iOS apps around a delightful new look. In weeks past, for example, the company has re-launched Mail and Search apps while releasing a brand new Weather app that has to be seen to be believed.

Each of these program has been meticulously rethought with a cleaner, flatter and more fluid user interface that’s consistent with Yahoo’s modernized design language.

Today, the Internet giant has issued a  refreshed version of its News iOS app that brings visual tweaks while adding improved sharing and navigation, sponsored stories and other treats…

In addition to Summly summaries, personalized features (the more you use it, the more relevant stories you’ll start to see) and flattened UI that all surfaced in the 3.0 update, today’s 3.1 release has brought out further refinements to your visual stream and improved article navigation with multi-tap gestures. 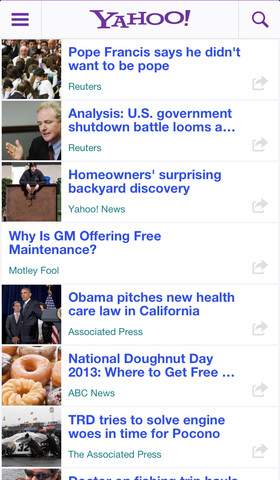 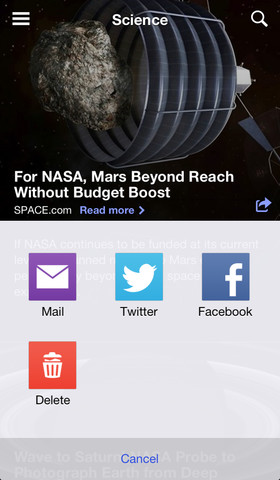 You can now change font size in article pages (finally!) and the sharing interface has been re-worked for much easier article sharing, as seen above.

I also noticed that web search functionality is now more seamlessly integrated into the whole experience, which is another plus.

The app also integrates better with Yahoo’s Mail iOS app and will now inject sponsored stories in your classic stream, which I suspect not very many people will like, but hey – Yahoo has to figure out how to monetize its many properties.

You can grab this update free from the App Store.