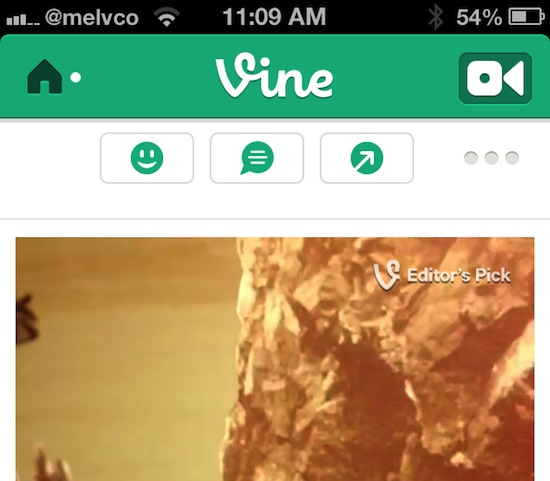 Coincidentally or not, Twitter has just teased the upcoming Vine features just as the blogosphere lit up with a confirmation that Facebook will be releasing an Instagram video product on Thursday.

According to Twitter, they will be introducing “some exciting new parts of Vine” over the next few weeks. The rather cryptic and unusual announcement was accompanied by a rather clever Twitter-made video posted to – you guessed right – Vine…

“Over the next few weeks, we’ll be introducing some exciting new parts of Vine,” the team said. “As always, we’ll share details on updates as we release them.”

Twitter also shared this creative video on the Vine blog.

The service claimed thirteen million users on the iPhone as of June 3, when it also launched an Android version on Google’s Play store.

Fans of short videos, pay notice – Facebook could soon have an Instagram video product in store for you. As you know, the social networking giant is hosting a press event on Thursday to introduce a new product.

“A small team has been working on a big idea”, the invite graphics teases.

TechCrunch thinks it has something to do with a rumored Instagram Video service, speculating Facebook counts on Instagram’s popularity to give users the ability to post and share short videos up to three minutes long. By comparison, Vine limits you to just six seconds.

In other Vine news, Twitter earlier today pushed a Vine update has which added a new Share button underneath posts on your feed, along with “other interface improvements and bug fixes”.

Vine is a free download from the App Store and Google’s Play store.