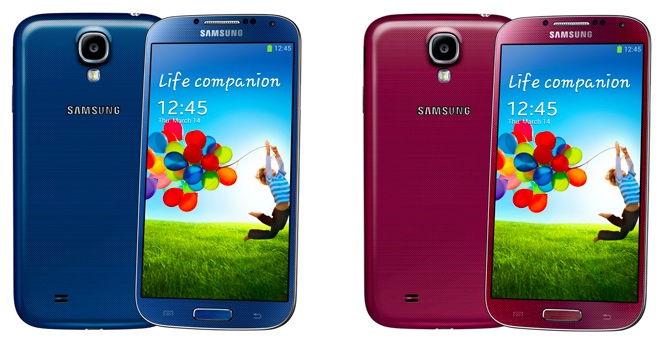 That’s the question Wall Street is pondering as investors punish the South Korean firm after orders for its flagship Galaxy S4 had supposedly dropped by as much as thirty percent.

Friday, Samsung shares slid by more than six percent after more than $12 billion was sliced from the Android maker’s market capitalization. Can Samsung stop the downward spiral, perhaps offering a stock buyback as Apple did? Or are we seeing only the latest signs of an industry-wide slowdown in demand?

Either way, the old saying about people living in glass houses seems all the more pertinent…

The money quote comes via The Wall Street Journal-owned MarketWatch:

The share price decline was reminiscent of the fall in Apple Inc. shares earlier this year, which was sparked by concerns over iPhone sales.

In May, Samsung announced it had sold ten million Galaxy S4 handsets into the channel during the first 28 days of availability. Note that Samsung’s quarterly earnings do not divulge smartphone sales for competitive reasons.

Although that was more sales than any previous Galaxy launch, it didn’t hold a candle to demand for Apple’s latest. Apple sold five million iPhone 5 units in three days when the device became available in September 2012.

The response to Samsung’s slump on Wall Street closely follows an early reaction when reports claimed iPhone orders were off in 2012, suggesting a slowdown in sales. Indeed, talk of an iPhone slowdown prompted a rash of ‘dead in the water’ headlines.

Apple’s falling stock was halted after the company in April beat Wall Street’s revenue estimates. But even though Apple reported its first drop in profits in ten years, investor attention concentrated more on a planned $100 million buyback and a fifteen percent boost to quarterly dividends.

Earlier this week, Flurry said that while Android leads in sheer unit volume, Apple controls two major areas of the mobile environment: apps and profits. Consequentially, Android struggles against a fragmented market where most of the handsets have old versions of the software.

Also, owners of iPhones, Android users view apps as an after-thought. So far, Samsung is mum on how it plans to stop the bleeding – if it can.

Hey, at least ours isn’t capitalized!