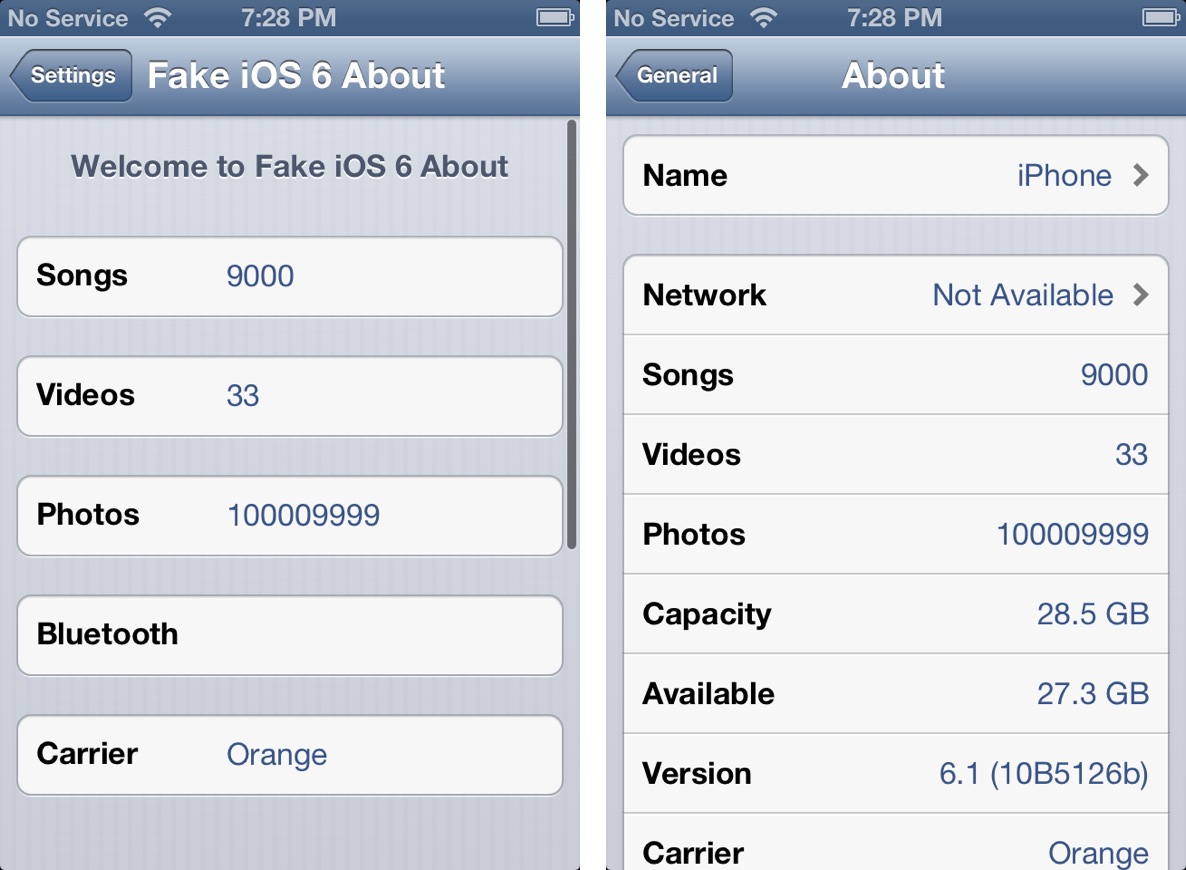 I’ve been known to give jailbreak developers a pass when it comes to developing what many deem as “worthless” tweaks, because I know that there is always someone who will find a tweak to be useful. The latest such item to teeter upon this fine line is Fake iOS 6 About — a jailbreak tweak that allows you to fake statistical information about your device.

If you’ve ever wanted to pretend that your device could hold a million songs, or that you reside on a carrier not available in your country, then Fake iOS 6 About is the tweak for you. In most cases, many will feel that such a tweak is worthless. I’ll be totally honest with you; this time, it’s hard not to agree with those sentiments.

Installing Fake iOS 6 About places a new preference pane in the Settings app. Venturing to this pane allows you to configure false information about your device. You can change the number of Songs, Videos, or Photos. You can even configure a fake carrier or Bluetooth Mac address, which is sort of a bit on the random side. Needless to say, there’s not much usefulness to be had here, but it’s something you may be able to use to fool naive friends.

Head over to Cydia’s ModMyi repo if you want to give Fake iOS 6 about a go. It’s free, but you’ll need to be running iOS 6 in order to use the tweak.

Will you be taking it for a spin, or do you plan on sitting this one out?