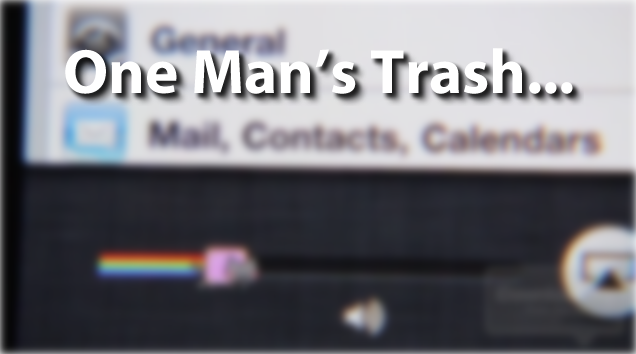 Sound off the alarm. It looks as if a few folks have gotten spoiled. Either that, or they’re beginning to take for granted the benefits that jailbreaking brings to the table; namely, the ability to tweak our iPhone’s in any matter that we please.

For that reason, I try my hardest — although it is admittedly difficult at times — to take an objective stance on any tweak that comes across my desk…

True, there’s been more than a few times that Sebastien has emailed me and asked, “Interested?” When the answer is frankly, no, not really. Even still, I do my best to muster up the gumption to tackle whatever app or tweak hits Cydia, because I know that someone, as silly as it may seem to me, will find said app or tweak beneficial to them.

One man’s trash is another man’s treasure. One man’s worthless tweak is another’s “Hey, I’ve been needing something just like that.”

That’s how it works, folks. This is jailbreaking. This is what the community’s about. It’s about being creative, doing things outside the norm, no matter how silly or impractical it may seem for some.

It’s gotten to the point where I almost hesitate to cover certain tweaks because I know it will be responded to with a barrage of “useless” comments.

Should I feel that way? In a word, no. Because this is the community, this is what it’s all about: opening the door on Apple’s closed and heavily controlled eco-system.

Does this mean every tweak should be praised as if it’s the next Wi-Fi Sync, MobileNotifier, or CallBar? Of course not, as those stand head and shoulders above the majority of Cydia’s offerings.

What it does mean, though, is that you might want to place a yoke on the knee jerk reactions, and ponder for a moment before you label one man’s treasure as something of little value.