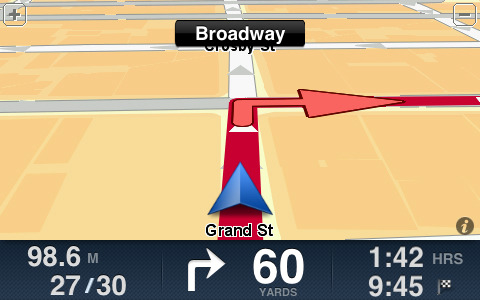 Apple’s boss Tim Cook in a recent shakeup at the company’s top added Maps and Siri to the already vast range of responsibilities of SVP Eddy Cue. Apple’s ‘Mr. Fixer’, as he’s been called because of his expertise in Internet software and services, also a member of the Ferrari board, could be looking to make a takeover bid for TomTom, a Dutch vendor of automotive navigation hardware and software and Europe’s leading maker of navigation systems.

TomTom is a major data provider for Apple Maps and bringing the company’s expertise and data sets under Apple’s roof could help accelerate the pluming work needed to fix Apple’s service. Rabobank analyst Hans Slob wrote in a research report today that there’s a 30 percent chance that Apple will seek to acquire TomTom “because the Dutch software maker has the capacity to make speedy changes to correct any mapping errors or create new functions”…

“TomTom needs the cash from Apple, and Apple needs the know-how of TomTom,” said Slob, who estimated Apple would pay a price of as much as 10 euros per share for the supplier. A takeover is also a “royal way out” for the Dutch company’s founders, said Slob, who has a buy recommendation on TomTom and raised his share-price estimate by 38 percent to 5 euros.

Shares of TomTom climbed 7.2 percent to 4.12 euros on the news. The stock has gained 33 percent this year, putting TomTom’s current market valuation at around 906 million euros, or approximately $1.18 billion.

Do you think Apple could fix the majority of Maps woes by acquiring TomTom?