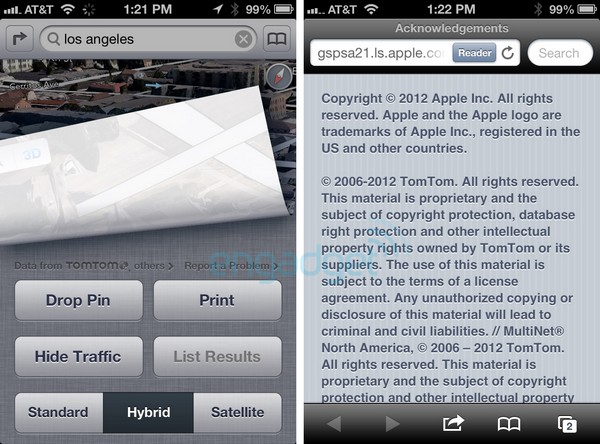 While we knew that Apple was looking to knock off Google as the Maps provider for iOS, we weren’t exactly sure how it was going to do it. Was it building an in-house database? Using OpenStreetMaps?

Well as it turns out, neither of those answers were correct. According to the Acknowledgement page from inside the new iOS 6 Maps application, Apple is using mapping services from TomTom…

Engadget posts the photo, which it says was sent in from an anonymous developer. As you can see, the GPS giant is mentioned on both the Maps Drop Pin page, as well as the Acknowledgement page.

So, if you’re Apple, do you try to create an entire planet’s worth of maps from scratch? Or do you partner up with an experienced player like TomTom?