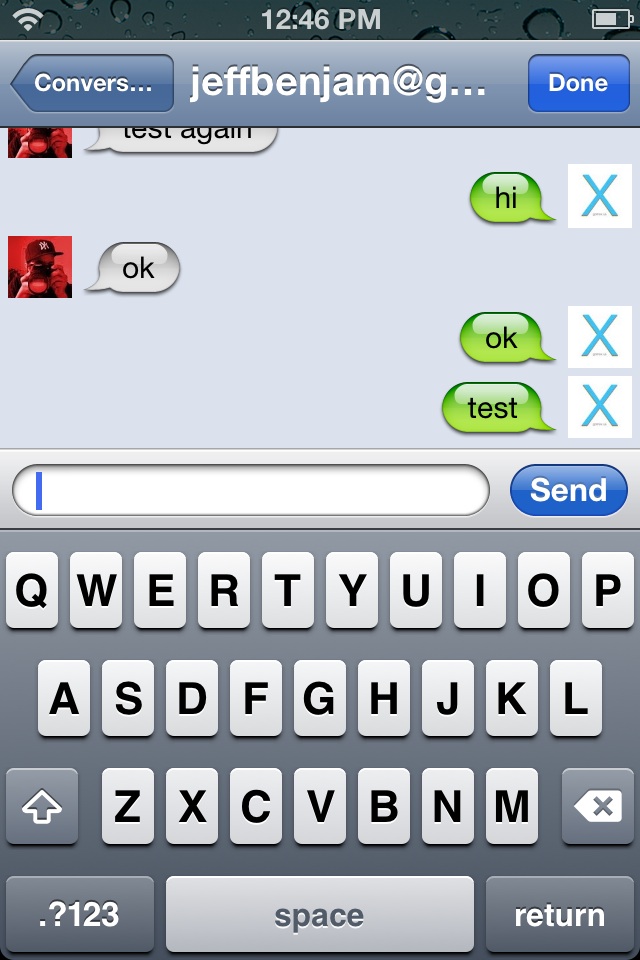 QuickIM is a new jailbreak tweak that allows you to quickly send Facebook messages and Google chat messages from anywhere within iOS.

Seeing as this feature is totally relegated to standalone apps on non-jailbroken phones, QuickIM is an app that’s sure to catch the eye of fans of either of the aforementioned instant messaging services.

How exactly does it work? Check inside for a brief video explanation.

The best thing about QuickIM, is that it allows you to respond to messages just by tapping a banner notification. Doing so overlays the QuickIM interface on top of the current app, so that you can quickly respond, and go right back to the app you were working with originally.

Likewise, an Activator action can be assigned, which allows you to quickly access QuickIM’s interface without removing focus from the current app.

Apps like Verbs and BeeJive are fine apps, but their primary weakness stems from the fact that you must switch to those apps in order to carry on, or continue a conversation. QuickIM makes Facebook messaging and Google Chat flow more like biteSMS or IntelliScreenX, bringing a greater level of convenience to instant messaging on iOS. It makes instant messaging, well, more instant.

That’s not to say that QuickIM features no flaws, because that isn’t the case. One major flaw, a potential game breaking problem for many security conscious users, is the fact that it forces you to login to Google directly from within the app’s interface. There is no web auth view for Google logins. On the other hand, Facebook does feature a more secure web auth login.

The other problem I see with QuickIM is its lack of AIM. I, personally, do not use AIM anymore, but it’s still a rather popular platform for instant messaging.

If QuickIM can handle the security issue with Google, and perhaps incorporate AIM, it’ll be well on its way to becoming another must have jailbreak app. To the developer’s credit, he’s accomplished a lot to only be working on the app on a part time basis. Let’s give him some time to see what additional improvements he can incorporate into QuickIM.