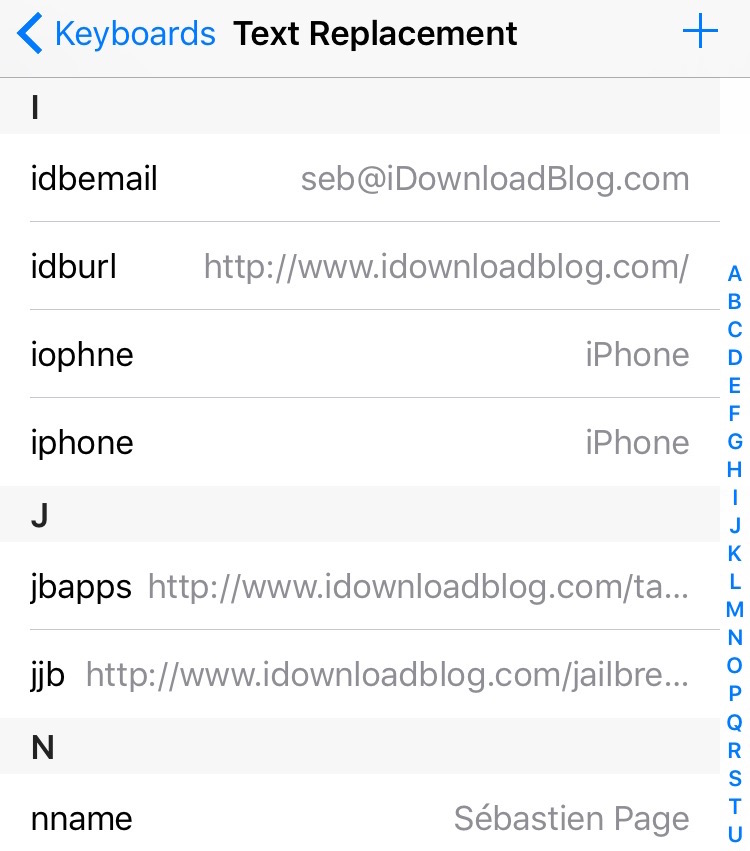 If there is one jailbreak tweak I particularly miss, it’s Xpandr, a tweak that let’s you create keyboard shortcuts, just like TextExpander does on your Mac. To me, it’s an invaluable tool that has saved be hours of typing.

Keyboard shortcuts aren’t a jailbreak-only feature though, as they were introduced with iOS 5 a few years ago. Though not as powerful as Xpandr, they’re my fallback solution when there is no jailbreak available for my device.

So one of the first thing I did when I got my new iPhone last Friday was setting up a bunch of shortcuts (Apple calls them Text Replacement) that I use on a daily basis. Everything worked fine for a day, and then, they magically stopped working. Though I was worried I’d have to restore my iPhone to fix the issue, it turns out the solution was much simpler than I thought.

Reading at the comments and emails I received about the issue, I know the problem isn’t specific to me or to a particular device. Instead, it seems to be an issue that can randomly affect any iOS user on any device.

How to recover missing keyboard shortcuts on iOS?

There are a few solutions that I will list in order of simplicity. Note that the one that fixed my problem is the first listed below:

As you can see, these are pretty simple fixes, except maybe for the restore which can be a lengthy operation, depending on how much you have stored on your device.

Have you encountered this issue? If so, were you able to fix it with the solutions above?