T-Mobile USA, the nation’s fourth-largest carrier and the sole major U.S. telco without Apple’s iPhone, announced at the GigaOm Mobilize conference that it will be rolling out its iPhone-compatible HSPA+ network in Las Vegas on Monday, September 24, 2012.

According to GigaOM, the spectrum refarming process is now 75 percent complete in Las Vegas. T-Mobile CTO Neville Ray said at the conference that a material portion of the carrier’s network will be iPhone-ready by the end of 2012. Seattle, Washington, DC and the New York metro area will also get T-Mobile’s HSPA+ by year’s end.

As you can see on Apple’s Compare iPhones page, the new iPhone 5 supports dual-carrier HSDPA (the fastest 3G radio technology), in addition to HSPA+, CDMA EV-DO Rev. A and Rev. B and the fastest 4G LTE. In comparison, the iPhone 4/4S tops out at HSPA data speeds of 14.4Mbps. 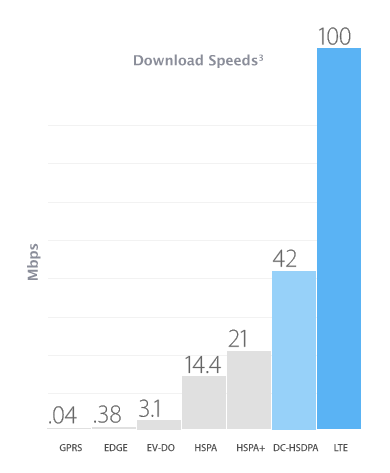 Despite advertising against Apple, T-Mobile is happy to host more than a million owners of unlocked iPhones on its network who only get to use the slower 2G EDGE connection because T-Mobile’s AWS frequency band operates at less common frequency ranges not supported by Apple’s device.

Only customers covered by T-Mobile’s HSPA+ 1900MHz network are able to use their iPhone to download data at 3G speeds. Yes, T-Mobile’s HSPA+ is technically souped up 3G technology though it’s been hailing its network as “4G”, which is simply deceptive advertising.

PCWorld tests show that an iPhone 4S running on T-Mobile’s HSPA+ network on the 1900MHz band is on average average more than two times faster than AT&T’s 3G network (5.53 Mbps vs. 2.62 Mbps).

In addition to free support for unlockers, T-Mobile is running a campaign where they promise to help customers set up their compatible iPhone. They also have Nano SIMs in stock and hope to attract iPhone owners with their unlimited data plan.

T-Mobile also has some of the most affordable prepaid plans available, starting at just $30 per month for a hundred voice minutes with unlimited text and data.

As T-Mobile finishes spectrum refarming this year and starts deploying LTE in 2013, it will be fully compatible with ultrafast wireless technologies featured on the iPhone 5.

I know what you’re thinking, “gee, I’m gonna buy an unlocked iPhone 5 and take it to T-Mobile”.

Not so fast: Apple isn’t yet offering the unlocked iPhone 5 in the United States.

No, wait: Verizon confirmed to iDB this morning that the iPhone 5 they’re selling is GSM-unlocked. As a result, the device will work with AT&T and hopefully on T-Mobile.

And if you can’t get your hands on a T-Mobile Nano SIM, you could simply cut down your existing Micro SIM following Jeff’s awesome guide (or simply use one of the Nano SIM card cutters).