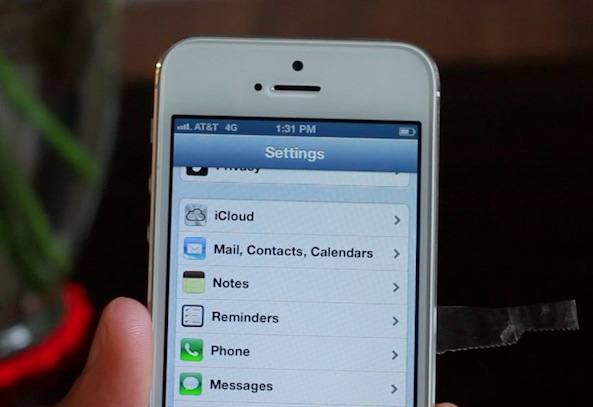 AT&T’s so-called 4G speeds are nothing like true LTE speeds, but they are a bit better than typical 3G speeds. But the big news here isn’t about speed. The big news here is that we have confirmed that you can use a Verizon iPhone 5 on AT&T or T-Mobile, freely, even if you’re a brand new customer under contract.

Obviously, I can’t recommend cutting your own SIM, or even worse, cutting your SIM and placing a piece of tape on it and sticking it in your brand new iPhone 5, with a paper clip no less (I’m cray cray like that), but you should be able to pick up a Nano SIM from AT&T or T-Mobile, and use it on one of those respective networks.

Funny thing is, is that AT&T’s HSPA+ speeds were actually similar to my tests with Verizon LTE on upload. Obviously this isn’t a scientific test, but it just goes to show how each technology can vary from one area to the next.

I did reach out to Verizon via phone, and they confirmed to me that the phone was unlocked, and that I could use it with another SIM, even though I’m under contract, and just signed on as a customer today. That’s great news for travelers, and a big win for customers. Let’s just hope things stay this way.

Have you tried your Verizon iPhone 5 with an AT&T or T-Mobile Nano SIM? What were the results?