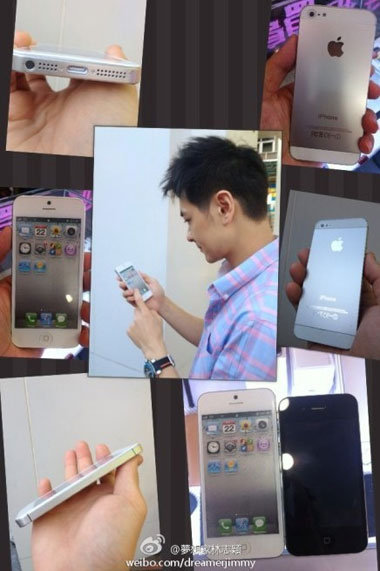 File this one under the WTF category. If you believe a recent trending topic that blew up on social media channels, apparently popular Chinese pop singer Jimmy Lin has an iPhone 5. Also known as Dreamer Jimmy, Lin published a series of photos on his personal blog which depict him holding what resembles an upcoming sixth-generation iPhone in his hand. Lin commands nearly 14 million strong following on Chinese social networking site Weibo so it’s not like he’s hungry for publicity, though one can never be certain of celebrities’ motives…

To be perfectly honest, he could easily be holding one of the realistic-looking mockups, like one shown off last weekend in a video by GSMIsrael. As many of you have suspected all along, the device seen in that clip ended up being an elaborate hoax based on a cheap-looking plasticky mockup built by a case maker.

According to Lin’s blog entry, the device pictured in his hand sports the aluminum back rocking a rumored two-tone design and has a relocated headphone jack on the bottom and a smaller dock connector.

As you can see in the above photo, the phone in Lin’s hand does resemble what the media believes Apple’s next iPhone could look like, down to a taller display with five rows of icons instead of four.

Apple is widely believe to be taking the wraps off the iPhone 5 at a September 12 presser.

Taking it all in, I wouldn’t put too much faith into a trending photo published by a likely attention-seeking popstar. Another thing raising red flags: Lin pulled a similar stunt in December of 2010, picturing himself with a claimed iPad mini in his hand, as seen below. 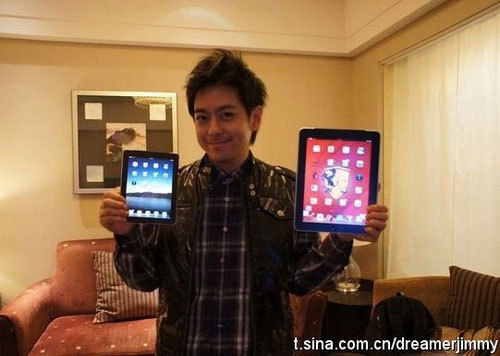 Of note, Lin rose to fame in the early 1990s and is now a race car driver. He sold a cool ten million albums before he turned 20, becoming China’s superstar.

As for the recent leaks, I also think the images of a claimed next-generation iPhone logic board with an A6 processor are fake, as is this hands-on clip of a plasticky-looking iPhone 5 mockup.

I also think case makers get it wrong more often than not.

I’m calling BS on that one.