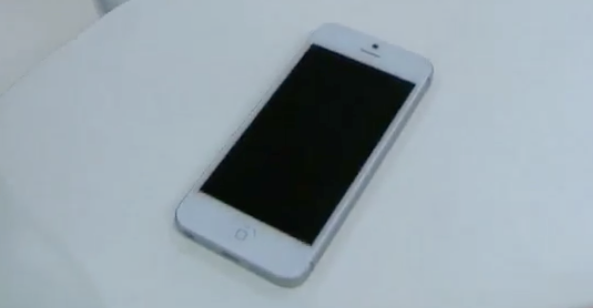 Are you getting as tired of the constant stream of leaked next-gen iPhone parts as we are? It seems like every other day, a new component pops up on the web that supposedly belongs to Apple’s next handset.

Well, forget the parts, what about the whole thing? We’ve just come across a new video starring what looks like a fully-assembled next-generation iPhone…

The video was uploaded by gsmisraelnews, who claim they came across the device at a case manufacturer’s booth while attending the IFA mobile conference in Berlin, Germany. The camera man says that the case-maker has asked him not to say their company name, and not to turn the handset on.

Is it real? It’s hard to tell. All of the details of the device match up with the leaked parts we’ve been seeing over the past few months. And those do look like proper FCC markings at the bottom of the rear shell.

That being said, chances are that this is just an empty shell, made up of the same components that have been leaking since early May, or an elaborate fake. Since the handset hasn’t been released yet, it’s really hard to tell.

The good news is, we have less than two weeks to wait to find out.