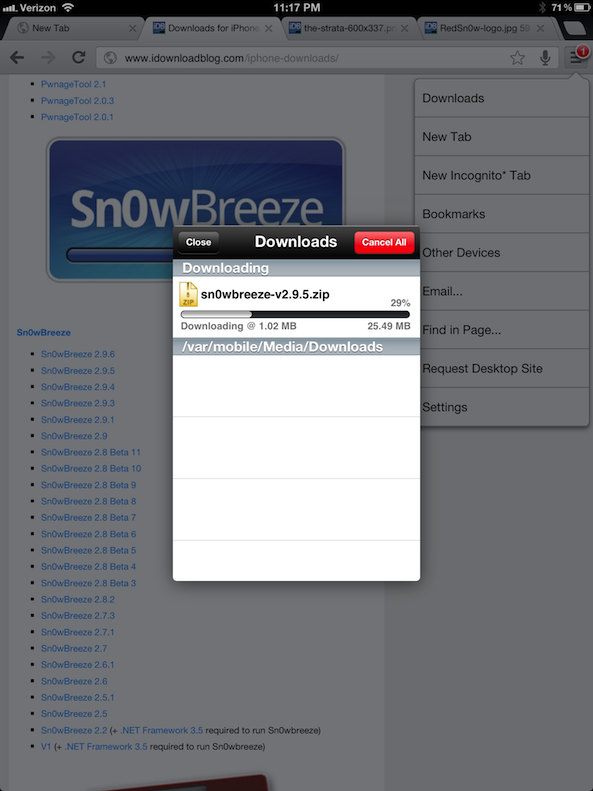 We all knew something better than Chrome Download Enabler was inevitable, and now it’s finally here. Chrome Download Manager is a jailbreak tweak that was released just a few minutes ago to allow downloads via the Google Chrome browser.

Considering it has a name that’s similar to the legendary Safari Download Manager, I’d say it has some pretty big shoes to fill. Does Chrome Download Manager live up to its expectations?

Well, sort of. The potential is most definitely there, but I’ve found this 1.0 release to be extremely buggy thus far. I’ve tried it on both my iPhone 4, and the new iPad, and the Google Chrome browser suffered from instability, crashes, and bugs on each device.

And those are just the filetypes included on the information page on Cydia. According to the developer, Chrome Download Manager supports over two dozen types of files. Along with these supported filetypes, you can also open your files in iFile Dropbox, GoDocs, and more.

The developer also promises Notification Center support for notifications of completed downloads when Chrome’s running in the background. Although I didn’t get that little tidbit on video, I can report that it works just as you might expect it to. 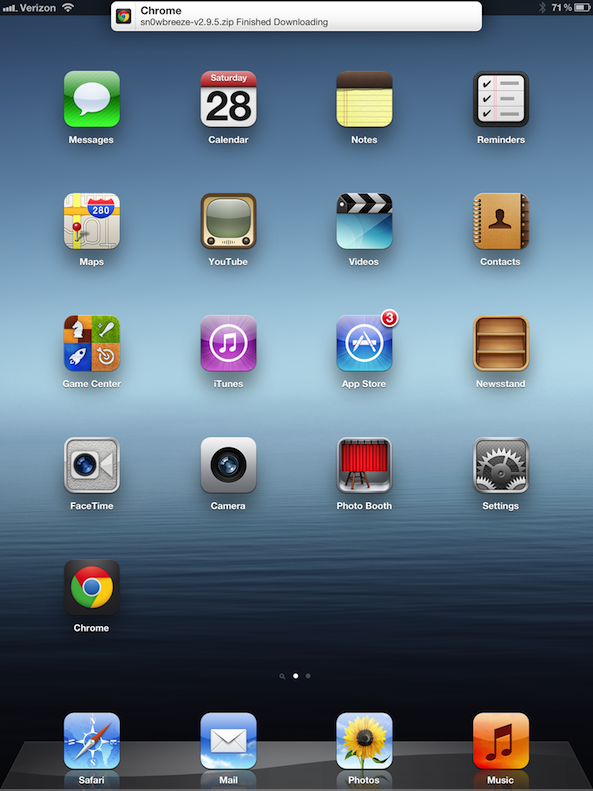 Despite the bugs, it’s evident that some serious work was put into Chrome Download Manager. Instead of just shoehorning in support for the iPad and the iPhone, it’s clear that it was created with both devices in mind.

Make no mistake, this tweak is leaps and bounds above Chrome Download Enabler in terms of look, feel, and performance. If the developer can stamp out the 1.0 bugs, then this is going to be one of the better tweaks to hit the wire in quite some time.

Even with the bugs, if you’re interested in scoring Chrome Download Manager for the best price possible, you may want to act now. The developer currently has a special “introductory” promotion where they’re only charging 3 bucks, but they don’t indicate what price the tweak will land at once the promotion is done away with.

If interested, then head over to Cydia’s ModMyi repo where you can download it now, and be sure to tell me what you think about it in the comments below.