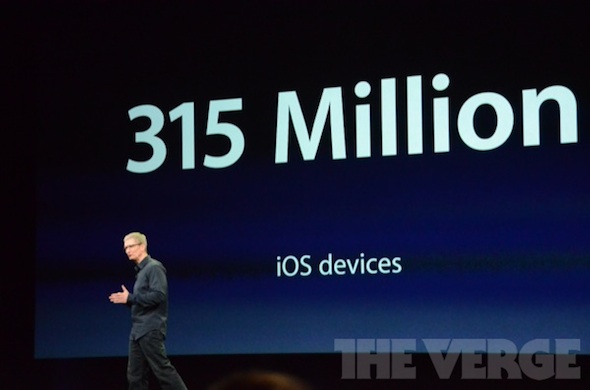 Apple’s iPad 3 event has begun, and the company’s CEO Tim Cook has just taken the stage to get things started. Judging by his words, the theme of today’s announcements is going to be “post PC products” (duh).

As with every Apple event, the company is kicking things off by talking about numbers. After all, numbers are what define whether or not a company is successful. And judging by this data, Apple’s doing pretty good…