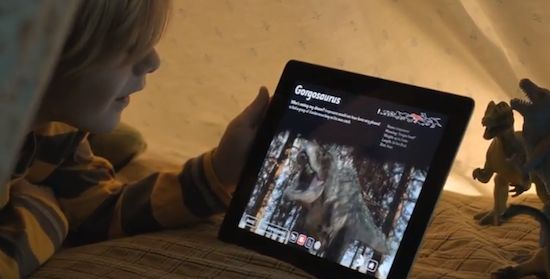 Last night, Apple aired a new TV ad for the iPad 2. The commercial is fairly similar to previous adverts, showing people from all walks of life using the tablet in different ways.

The ads are actually an accurate reflection of how the iPad has made its way into several industries. We’ve seen the iPad replace everything from voters ballads to NFL play books…

Apple has dominated the tablet market with its iPad line since it unveiled the original last year. It’ll be interesting to see if it can maintain that dominance in the face of stiff competition, like the cheaper Kindle Fire.

What do you think of Apple’s new ad?