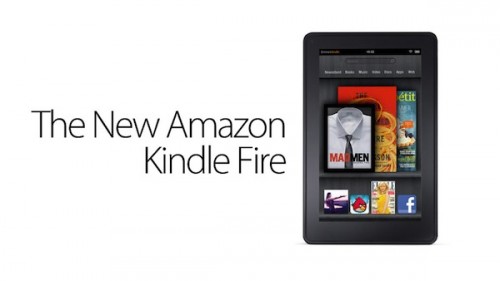 For over a year and half, the iPad has undoubtedly been the king of all tablets. With virtually no competition, it wasn’t too hard for Apple’s tablet to eat a large chunk of the market in a space where no one else seems to get it.

Enter Amazon and the Kindle Fire, a tablet running a version of Android completely tailored to Amazon’s needs, so much so that it doesn’t have anything to pinpoint it as an Android device but the OS name.

The Kindle Fire is officially launching tomorrow, and, as usual, a few tech gurus have had access to the tablet a few days before everyone else. The reviews are coming in, and it’s not as pretty as you’d expect…

Joshua Topolsky for The Verge

The design of the Kindle Fire is anything but inspired. […] It’s been speculated on (and more recently stated as fact by Barnes & Noble) that Amazon used the PlayBook reference design as the basis for the design of the Fire, and I wouldn’t be surprised if that were true. Don’t get me wrong, it’s not that the design is necessarily bad — it’s just that it’s incredibly unoriginal. […]

If you’re thinking about getting the Fire, you have to decide not just whether you want a tablet, but what kind of tablet you want. This isn’t an iPad-killer. It has the potential to do lots of things, but there are many things I have yet to see it do, and I wonder if it will get there given the lean software support.

iPad killer? No, the Kindle Fire is not. And it doesn’t even match the iPad in web browsing, the one area in which its hardware should have sufficient performance to compete. But the press has definitely supercharged Amazon’s product launch with a level of hype and enthusiasm that would make Apple proud.

This is a product I wanted to love. The Kindle Fire’s unveiling was so impressive. Jeff Bezos hitting all the right notes in true Jobsian fashion, telling the tale of a product vision so clear it made my eyes tear up. Instead, now I’m discovering it’s a somewhat flawed gadget — a product that literally does not always know which way is up.

Most problematic, though, the Fire does not have anything like the polish or speed of an iPad. You feel that $200 price tag with every swipe of your finger. Animations are sluggish and jerky — even the page turns that you’d think would be the pride of the Kindle team. Taps sometimes don’t register. There are no progress or “wait” indicators, so you frequently don’t know if the machine has even registered your touch commands. The momentum of the animations hasn’t been calculated right, so the whole thing feels ornery.

I suggest you read Topolsky’s review of the Kindle Fire on The Verge because it is the most comprehensive and informative one. As for me, I already know that I will not own a Fire.