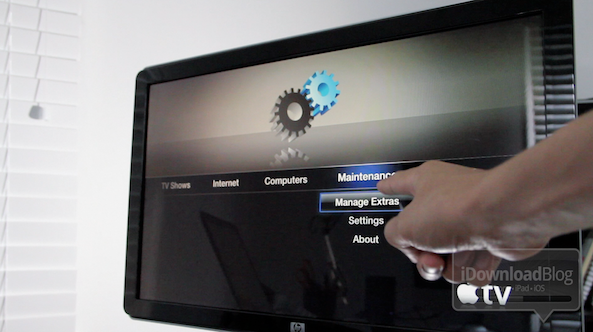 aTV Flash Black, the software solution that adds a multitude of new features to a jailbroken Apple TV 2, finally released yesterday after many moons in beta testing.

The 1.0 release is pretty much the same as the version we showed you not too long ago, though there are a few changes that have been added since then.

If you have an Apple TV 2, aTV Flash Black is the surest way to get the most bang for your buck out of Apple’s self proclaimed “hobby” device…

aTV Flash Black allows you to watch videos from your computer in a variety of formats, install weather plugins, and browse the web right from the confines of your Lay-Z-Boy sleeper sofa.

Here is a list of changes in this latest release:

Before you can start enjoying aTV Flash Black and its many features, you’ll first have to jailbreak your Apple TV 2 using Seas0nPass — an Apple TV jailbreak tool brought to your by the same development team, FireCore.

Fortunately, we have a tutorial that shows you how to jailbreak the Apple TV 2 as well.

Have you jailbroken your Apple TV 2? What do you think about aTV Flash Black; is it worth the asking price?