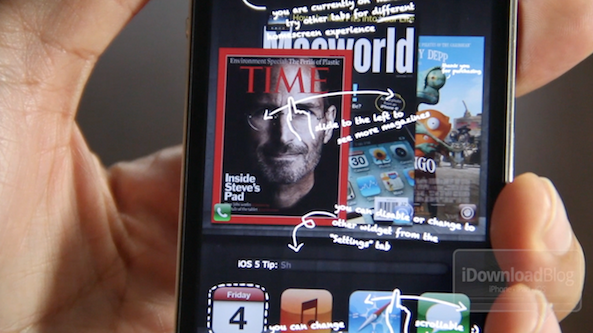 It’s no secret that I’m pretty pumped about Amazon’s Kindle Fire. While I know that may seem disgraceful to say on iDownloadBlog, I have to admit that the Fire looks sort of compelling.

The Kindle Fire is obviously no match for the iPad, but it isn’t trying to compete with the iPad — that’s why I think it’ll succeed. Now that the formalities are out of the way, let’s talk about Kindle Fire for iPhone — a DreamBoard theme that make your iPhone look similar to Amazon’s upcoming foray into the world of tablets…

Kindle Fire for iPhone can be purchased on Cydia for $2.49. Admittedly, I think that’s a tad steep for the functionality that you get, but if you’re as pumped about the Fire as I am, you may deem it a worthwhile investment.

One thing to keep in mind is that this theme requires DreamBoard, which in turn requires a jailbroken iPhone.

For more coverage on iPhone themes, head over to our specialized Themes page for in-depth looks at a plethora of additional themes.

Hat tip to iPhoneman76 at iDeviceDaily for the heads up on the theme’s presence on Cydia.

What do you think about this theme?