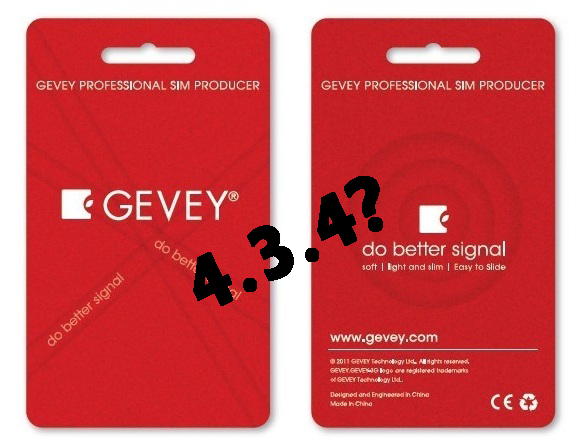 iOS 4.3.4 is expected to be released soon because of the JailbreakMe 3.0 leak, and a lot of people are wondering if this will block the Gevey SIM from working. As we have posted previously, Apple has blocked the use of the Gevey SIM unlock in iOS 5 Beta 2.

This block also comes after Apple released an unlocked iPhone 4 in the U.S. for use on any carrier (mostly T-Mobile)…

The Gevey SIM is a SIM Interposer tool, so it exploits the baseband, which can be fixed by a software update. Along with that, the Gevey SIM has been confirmed illegal by MuscleNerd, so we would recommend not to use it.

What are your thoughts on this? Leave them in the comments below.