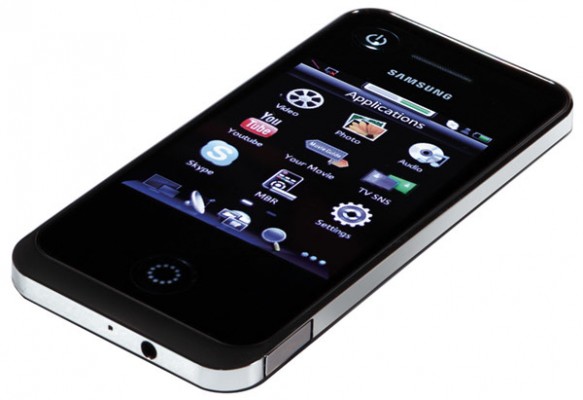 Over  a month ago we started covering the legal battle between Apple and Samsung. The Cupertino company filed a trademark infringement suit against Samsung, claiming that the Korean company copied the hardware and software design of some of their mobile products.

Since then, Samsung has counter-sued the iPhone makers, also citing patent infringement. Now that the 2 companies have played ‘if you show me yours, I’ll show you mine‘ for the past week, Samsung’s J.K. Shin tells the WSJ his thoughts on the lawsuit…

Shin, who is president of Samsung’s mobile communications, has enjoyed some serious success lately. The company’s new Galaxy S II smartphone has sold over a million units in its short time on the market and analysts peg the manufacturer as the 2nd leading tablet maker, behind Apple.

In an interview with The Wall Street Journal this morning, Shin commented on the dispute:

“We didn’t copy Apple’s design. We have used many similar designs over the past years and it [Apple’s allegations] will not be legally problematic.”

Though I don’t doubt that Samsung will get little more than a slap of the wrist on this one, I can’t believe Shin can be so nonchalant. Look at the above photo of a Samsung home theatre remote and tell me that it just has a “similar design” to the iPhone 4.

The dispute between the 2 companies is not only interesting because the Samsung products actually do bear a striking resemblance to Apple’s, but also because the 2 firms are significant partners. Samsung supplies Apple with multiple components for a variety of products, including iPhones.

It’ll be interesting to see how this one plays out, as typical patent infringements seem to be a stretch of the law. Apple’s case however, actually seems to hold water, so the judge’s ruling could have a significant ripple effect.

Does Samsung really not have anything to worry about?