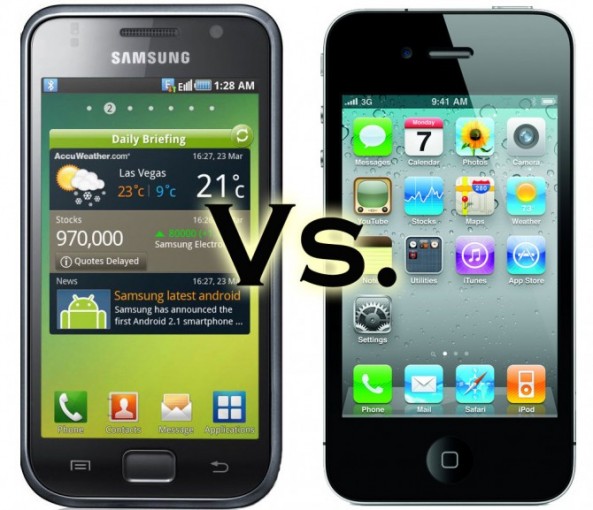 There is a legal battle going on between Apple and Samsung right now. You might recall last month when we reported that Apple was suing Samsung for copyright infringement. Apple claimed at the time that Samsung’s latest devices strangely look similar to their iPhone. It took only 11 days for Samsung to countersue Apple, with 10 patents infringements claims.

Among the 5 devices Samsung is supposed to give Apple, 3 of them haven’t hit the market yet, which means Apple will get to have a sneak peek at Samsung’s unreleased smartphones.

It’s interesting to note that although fighting in court and on the mobile market, Samsung and Apple have a pretty good business relationship. Samsung provides Apple with LCD panels and semiconductors for the iPhone and the iPad. For the story, Apple is also Samsung’s #1 customer.

There is not much doubt that Samsung indeed find inspiration in Apple’s design, but what phone manufacturer hasn’t?