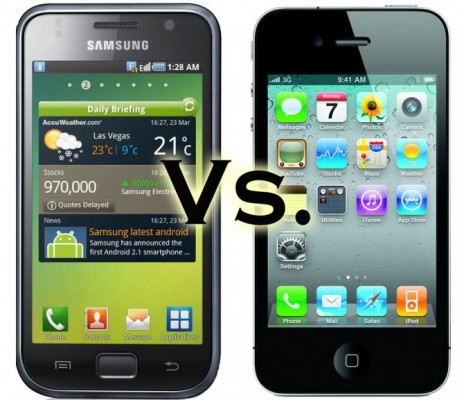 The smartphone industry is filled with ongoing patent suits. From Nokia and Apple to Microsoft and Motorola, it seems like all the major players in the mobile phone industry are currently in litigation.

Typically the lawsuits seem to be a stretch from patent infringement, but I think Apple’s got a real case here. Have you ever noticed that the Samsung’s Galaxy line of products look an awful lot like iDevices? Apple thinks so. So much apparently that they filed a trademark infringement suit against Samsung last Friday with a U.S. District Court in North California…

The Wall Street Journal is reporting that the Cupertino giant is suing Samsung, citing unfair competition and trademark infringement. Apple’s court filing is filled with examples of the copycatting, ranging from product design to user interface. The suit mentions Apple patents from 2009 and 2010 that explain the iPhone’s physical design and various app icon trademarks. 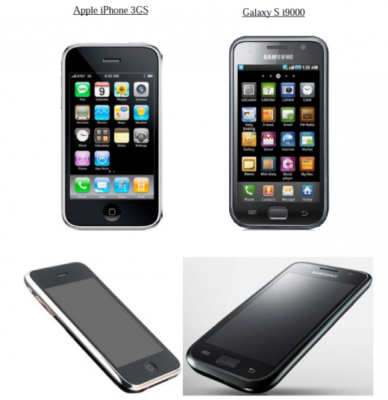 The lawsuit also mention Samsung’s infringement of the “trade dress” of the iPhone and iPad. Apparently “trade dress” is just a legal term that means the devices looks extremely similar. An Apple representative comments on the suit to Mobilized:

“It’s no coincidence that Samsung’s latest products look a lot like the iPhone and iPad, from the shape of the hardware to the user interface and even the packaging. This kind of blatant copying is wrong, and we need to protect Apple’s intellectual property when companies steal our ideas.”

The interesting thing here is that Apple and Samsung are partners in some aspects. Samsung manufactures Apple’s A4 and A5 chips as well as LCD displays, flash memory, and other components.

As I said before, most of the time I chuckle at these kind of lawsuits. This time, however, there certainly appears to be some serious plagiarism going on. Obviously there is always room for similar products in a market, but where do you draw the line on those similarities?

What do you think? Does Apple have a case here?