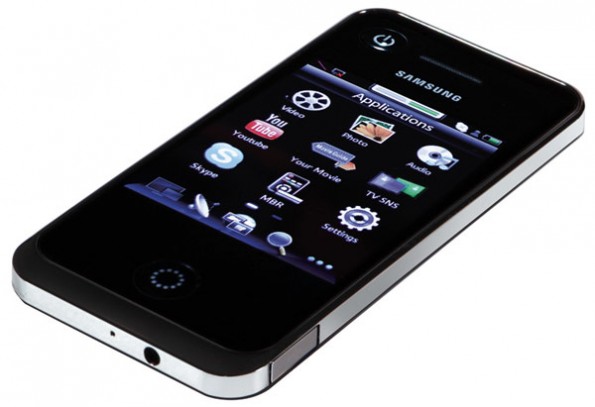 I mean, really? Did Samsung just blatantly copy the iPhone 4 like that? Okay, to be fair the camera angle of this shot doesn’t tell the whole picture, but still, that’s some sincere flattery that Samsung’s dishing out right there.

Say hello to the Samsung TV Control Remote. Yes, that’s a remote control… for your television. I know, it looks almost exactly like a phone, but Samsung swears that the only thing this puppy will be talking to is your TV…

I have to admit, I was taken aback when I first spied a pic of this pho…err, remote, but seeing additional shots on Samsung’s official CES website helped sort my confusion. 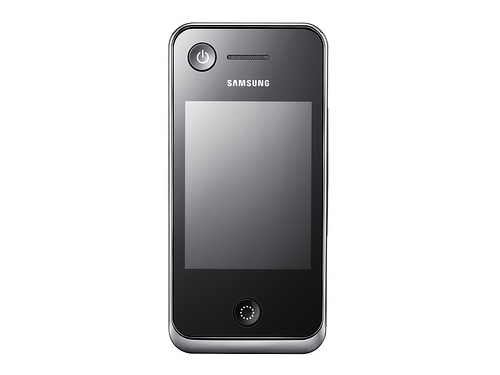 You see, upon seeing further press images, it’s obvious that it’s not a total rip-off of the iPhone; it actually looks as if an iPod Touch 4G and a Samsung Galaxy S had… kids? Mommy, I’m confused. 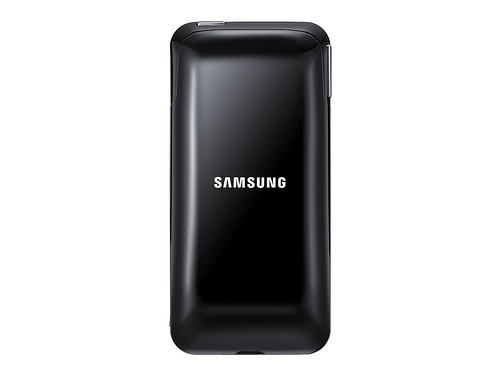 And if its looks weren’t enough, the TV Control Remote can do quite a few things that smart phones can do, such as YouTube, Skype, Music, etc.

What do you think? Blatant rip off, or the absolute sincerest form of flattery?