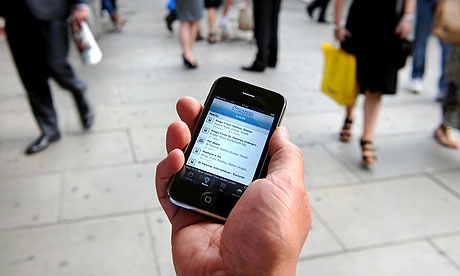 The media has been firing on all cylinders about the public uncovering of the iPhone’s shady location database file. Speculation has been that Apple and/or network carriers are intentionally tracking the coordinates of iPhone users through the device’s Location Services.

Experts on the issue have deemed the location database non-threatening, legal, and most likely a simple mistake on Apple’s end. If you want anymore clarification, Steve Jobs himself has shed some light on this issue, calling it “false.”

In an email correspondence between a MacRumors reader and Steve Jobs, the privacy issue of the location database was raised. The email sender expressed concerns about what Apple was or wasn’t doing with the iPhone’s location data, and Jobs responded poignantly,

Could you please explain the necessity of the passive location-tracking tool embedded in my iPhone? It’s kind of unnerving knowing that my exact location is being recorded at all times. Maybe you could shed some light on this for me before I switch to a Droid. They don’t track me.

A: Oh yes they do. We don’t track anyone. The info circulating around is false.

Sent from my iPhone

Not only does Steve Jobs answer in his typical, straightforward fashion, but he also takes a jab at Android. It is a known fact that Google openly tracks the location of smartphones running its mobile OS, although Google does limit the amount of location logs stored, while Apple does not.

When Steve Jobs says “track,” he is responding to a concern about the pinpoint, “Big Brother” kind of location tracking. Apple is clear that it “collects” user data (such as GPS info), but it does not use that data to specifically “track” any one user.

Only Google can speak for its role in user tracking, but Apple has made it clear that they aren’t stalking your every move.

What do you think about what Steve Jobs had to say? Does all of this location-tracking business even bother you? If it does, you can install a jailbreak tweak called untrackerd that clears the location database from saving your coordinates.