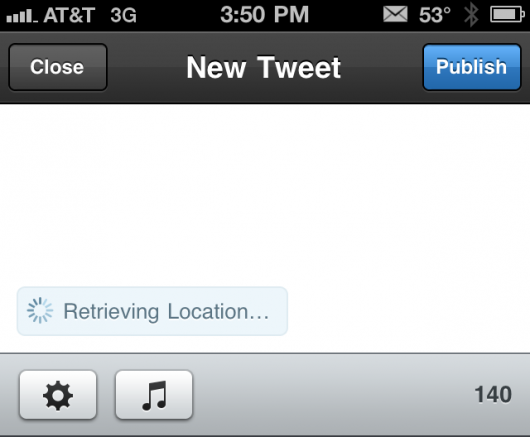 Some of the things that pop into the Cydia store amaze me. Innovation can really flourish in an environment like Cydia where there are little restrictions to hold developers back. Untrackerd is a perfect example of that innovation.

But jailbreaking is not just good for disrupting Apple’s hidden tracking service, it’s also good for customizing your iOS and downloaded tweaks to make your life easier. The jailbreak tweak I’m about to mention falls in the latter category, by making a great app even better…

If you’ve been on the hunt for the perfect Twitter client recently, chances are you’ve come across Tweetbot. The lovable application has captured the hearts of thousands of Twitter users with its quirky sound clips and sharp interface.

Until now, if you wanted to quickly share the current song you were listening to with your Twitter followers, you still had to switch to a 3rd party app like SoundTracking. Not anymore though, thanks to a new Tweetbot tweak in the Cydia store.

If you currently have a jailbroken iDevice, hop into Cydia and download NowPlaying for Tweetbot. This is a simple hack that adds a music icon into the ‘Compose a Tweet’ window of Tweetbot. When you press the icon, the tweak will automatically paste information on the song you are currently listening to in the iPod app. 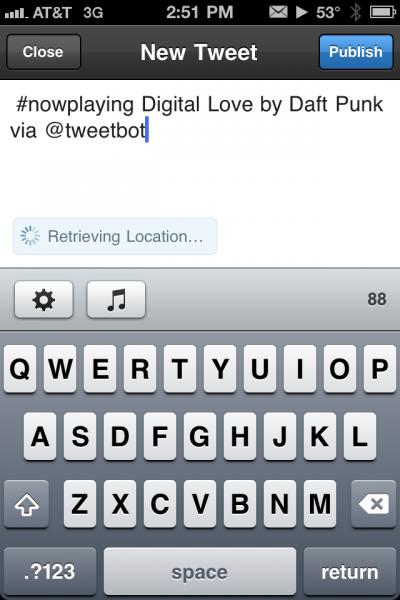 Although the tweak itself is extremely minor, it’s perfect for someone like me. I’ve been holding on to qTweeter specifically for its ability to share my current track with my friends and family. If you’re not a music fan, or don’t use Tweetbot, it’s obviously not worth the download. NowPlaying is available in Cydia for free, just search for it.

Has anyone tried this tweak? Do you use a different app to tweet your music?