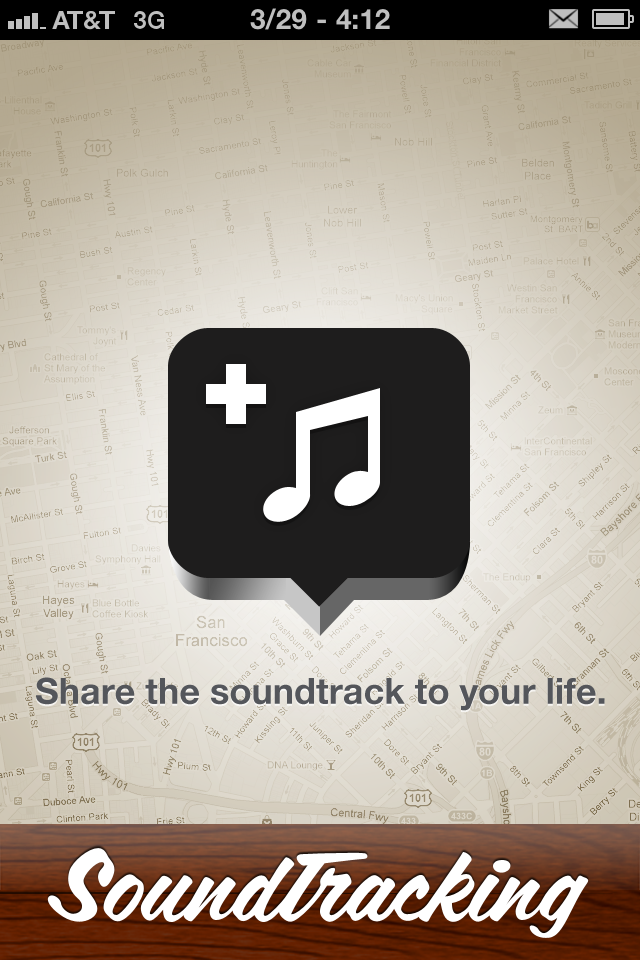 Do you enjoy listening to music? Do you use Facebook or Twitter? If so, then you fall into the target audience that Schematic Labs is banking on for their latest iOS app. SoundTracking made its debut at the huge Austin, TX SXSW (South by Southwest) conference last week.

The purpose of the iPhone app is really quite simple. You are given multiple ways to input the song you are listening to, and then given the opportunity to share that music with your Foursquare, Facebook, and Twitter friends. I know it sounds kind of vanilla, but the app is good at what it does…

Once downloaded from the App Store, SoundTracking was really easy to get set up. It gave me the chance to authorize use of my Facebook and Twitter accounts, and then immediately took me to the ‘Post a Soundtrack’ page. 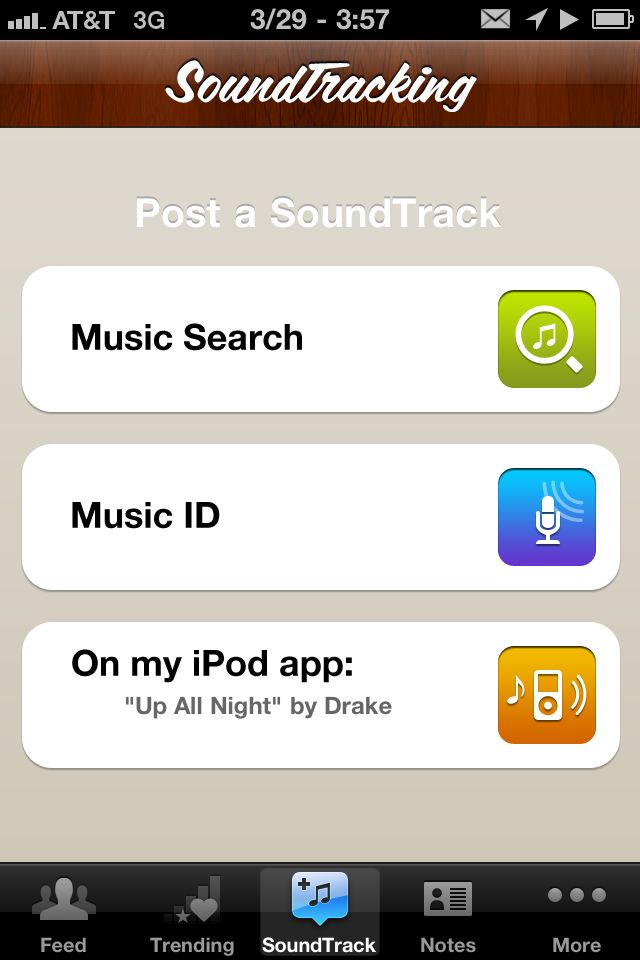 My favorite method has to be the Music ID. Like Shazam and other apps, the Music ID feature will allow you to hold your iPhone towards the source of the music and identify the song based on recognition software. It was quick, it was accurate, and it shortened the amount of time it took to post the song I was listening to. 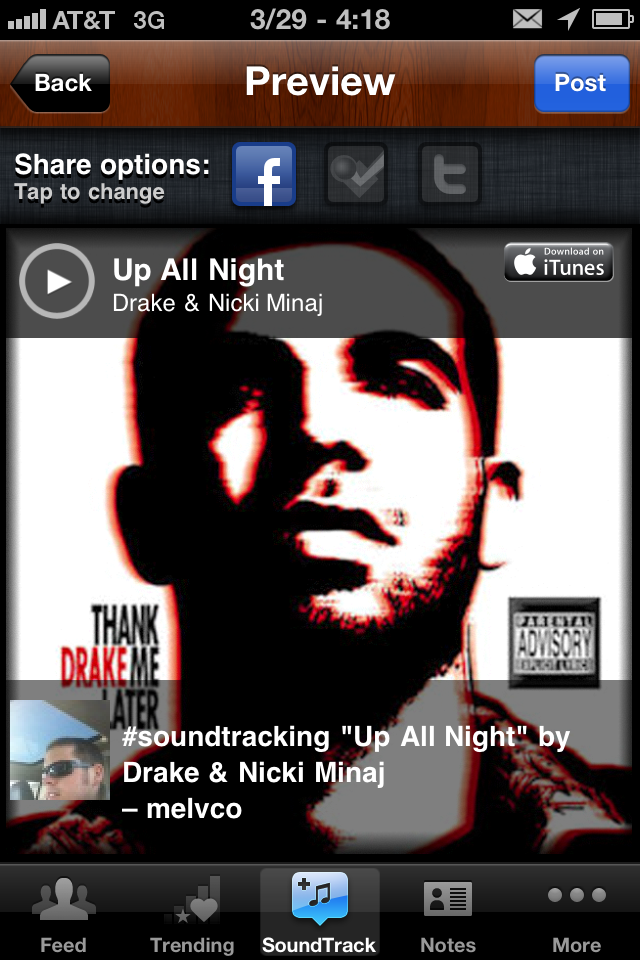 To me, that’s the most important thing about the app. If it was complicated or required multiple steps, I don’t think I would have enjoyed using it. It literally took 3 steps for a total of about 30 seconds from the point I decided I wanted to share a song to receiving the notification my song had been posted.

The app has some other social network features like a ‘Trending’ page that showed current popular songs, and a comment and ratings system. I could see these extras getting interesting after multiple people you know sign up for SoundTracking, but so far it looked pretty bare. 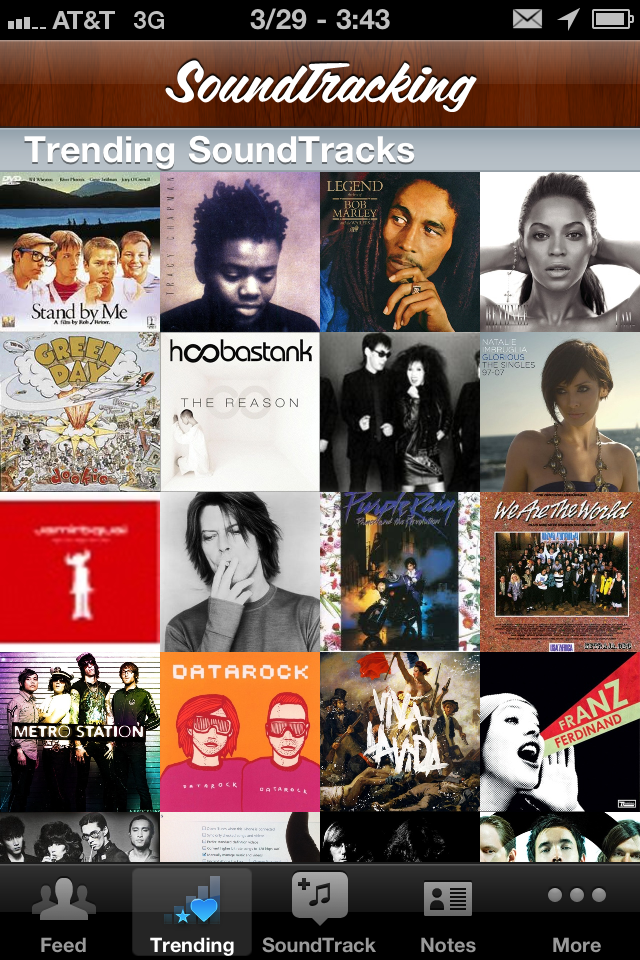 But it completes its main task well. The song posts for Facebook, Twitter, and Foursquare, including a link to play a demo of the song, as well as a link to download the track directly from iTunes. I haven’t noticed any double posts or issues playing the demos. I’m kind of digging this software, and it looks like others agree. MobileBeat is reporting that over 100,000 people have downloaded Schematic Lab’s app since its launch two weeks ago.

SoundTracking is available for free in the App Store. I recommend trying it out if you have been looking for a way to share the “soundtrack to your life.”

Have you tried SoundTracking yet? Do you use another app to share music? Tell us below!