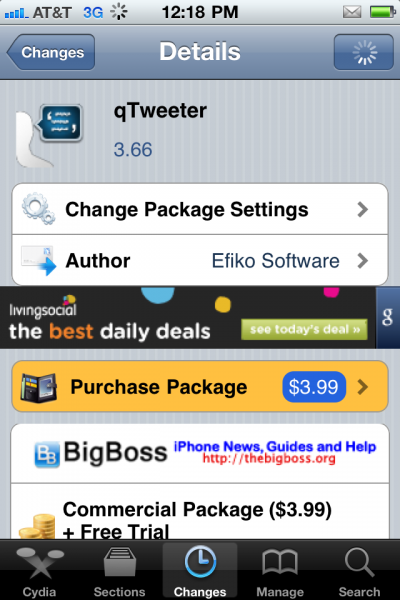 qTweeter by Efiko has been around for quite some time. Sebastien even mentioned it in his list of some of the best jailbreak apps last year. The funny thing is, I hadn’t really feigned interest in trying it out until I came across it in my Cydia Changes log yesterday.

While I had heard about qTweeter before, for one reason or another I never downloaded it. I guess I never considered myself the kind of social networking power user that would need something like that. Well I’m still not a social networking king but I gotta say my curiosity got the better of me and I just had to try out this popular Twitter app…

Notice that I did not call it a Twitter client because that’s not what this is. It is not an application made for reading through your timelines or adding followers. The goal for qTweeter is to make posting a status update as quick and painless as possible.

With a typical client there can be several steps between opening the application and getting a tweet out about a song you are listening to. It’s the same scenario with trying to tweet the URL for a website you are currently viewing or post it to Facebook.

Sure there are 3rd party applications like Pulse and SoundTracking that make posting this type of information easier, but it’s not very convenient to close out your current app and open another one. qTweeter solves this by being accessible in every application, you don’t have to stop what you are doing to send a status update. It also has the ability to pull information out of your apps you’re using to make posts quick.

For instance, if you are listening to music in the iPod.app and you want to post the song in a status update, qTweeter takes care of it. Just by tapping the music icon in qTweeter, the app automatically inserts the song’s information into your posting for you.

If you are looking at a website in Safari on your iDevice and you want to share it with your friends, swipe down on the status bar to activate qTweeter. Then you just have to hit the Safari QuickTweet button and the URL is inserted into your post. This makes sending links lightning fast, it’s primarily what I use it for. It’s so nice to not have to open up a 3rd party app and exit Safari to send out a link. 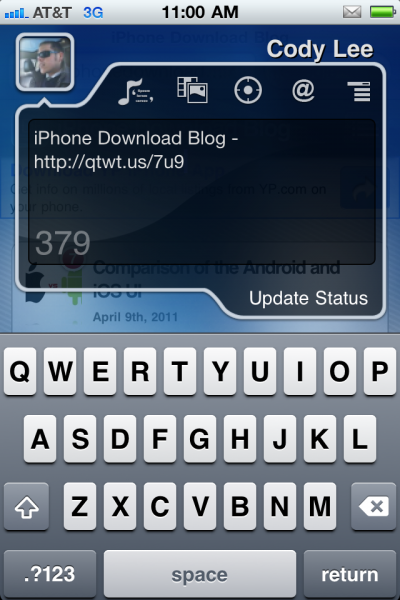 Although not a full client, qTwitter is a well rounded app with plenty of features. You can quickly snap a photo, video, or pull one from your iDevice library and insert it into your posts. When you type in the @ symbol, your list of people you follow on twitter pops up so you can send a quick shout out. It even supports multiple Facebook and Twitter accounts. 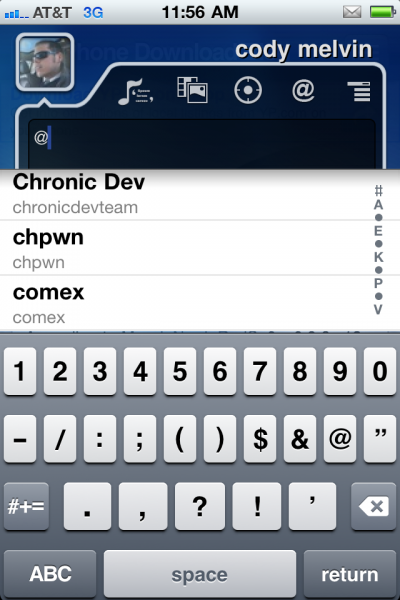 If you haven’t played around with qTweeter, you should at least give the free trial a shot. For those who post frequently to Facebook and Twitter, this app will change your life. It is currently available in Cydia for $3.99 after a free trial.

Have you used qTweeter before? Do you use a different Twitter app to post updates and send links quickly?