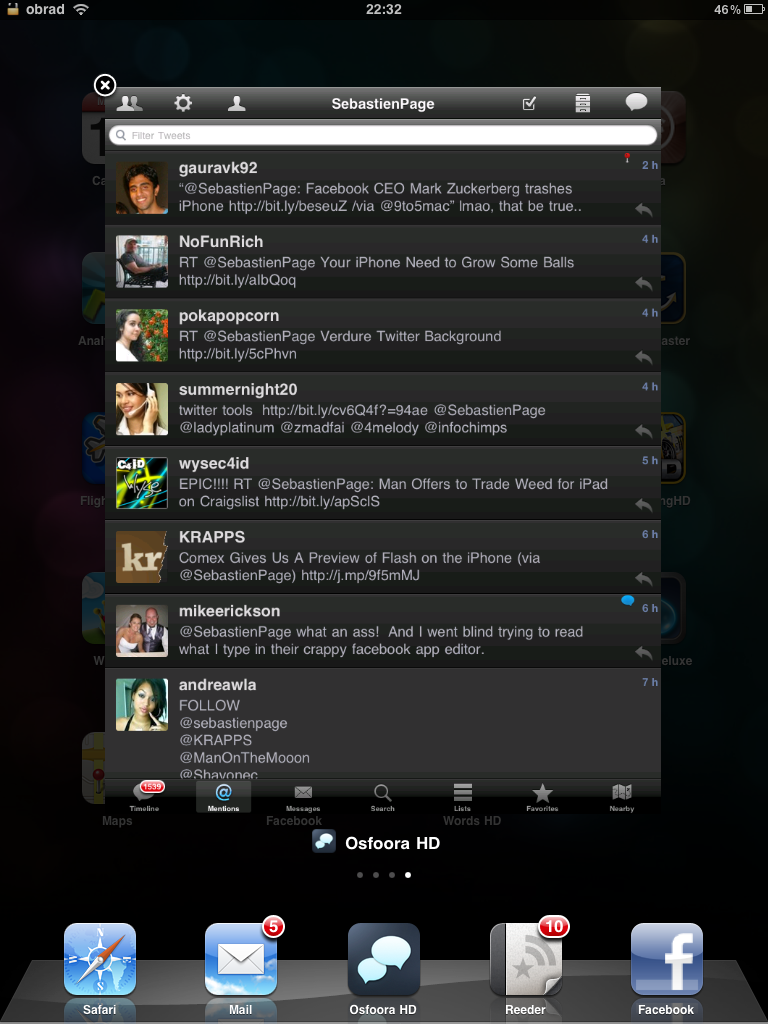 For those of you who don’t know Proswitcher, it is a great jailbreak app that gives a nice and simple UI to Backgrounder, the app that first brought multitasking to the iPhone.

You can get Proswitcher HD (or whatever it will be called) on your iPad by adding the following source to Cydia: http://rpetri.ch/repo.

Be warned! This is an alpha release which means it can be very buggy. As soon as I installed the app, my screen froze, I hard rebooted several times until the issue finally disappeared. Other than that, I haven’t had any issue.

I’m very excited to get Proswitcher on my iPad. That is one jailbreak app I was really missing.

Give it a try and tell us what you think.

Thanks to @MikeErickson for the tip.