You can play more than 200 titles with a single Apple Arcade subscription. Simply hit the Get button on its App Store page to receive a notification when an upcoming Apple Arcade game becomes available to download on your device.

Episode XOXO by Episode Interactive is interactive storytelling that incorporates romance, adventure and drama, in which you make choices that matter.

Get ready to fall in love with all new binge-worthy stories on Episode XOXO! https://t.co/uhjWqHlpUS@AppleArcade pic.twitter.com/yiTCvypfJf

The game includes five original stories (Little Star, The Royal Bachelor, No Time For Love, The Secret He Keeps, and Road To Wonderland), with more coming via future updates. You can play this game with your favorite MFi-compatible controller.

Illustrated by BorderLeap blends jigsaw and word puzzles together to challenge your brain. The game includes hundreds of beautiful illustrations, each with a unique story. An early concept sketch comes alive with color with every piece in place. Each illustration comes with hidden words that form a puzzle’s underlying narrative.

You must both solve the illustration and the story to progress to the next level. You can even download any completed full-color artwork as wallpaper on your iPhone. The game includes a real-time multiplayer mode, a set of puzzles crafted for children, over five hours of custom music and other perks. 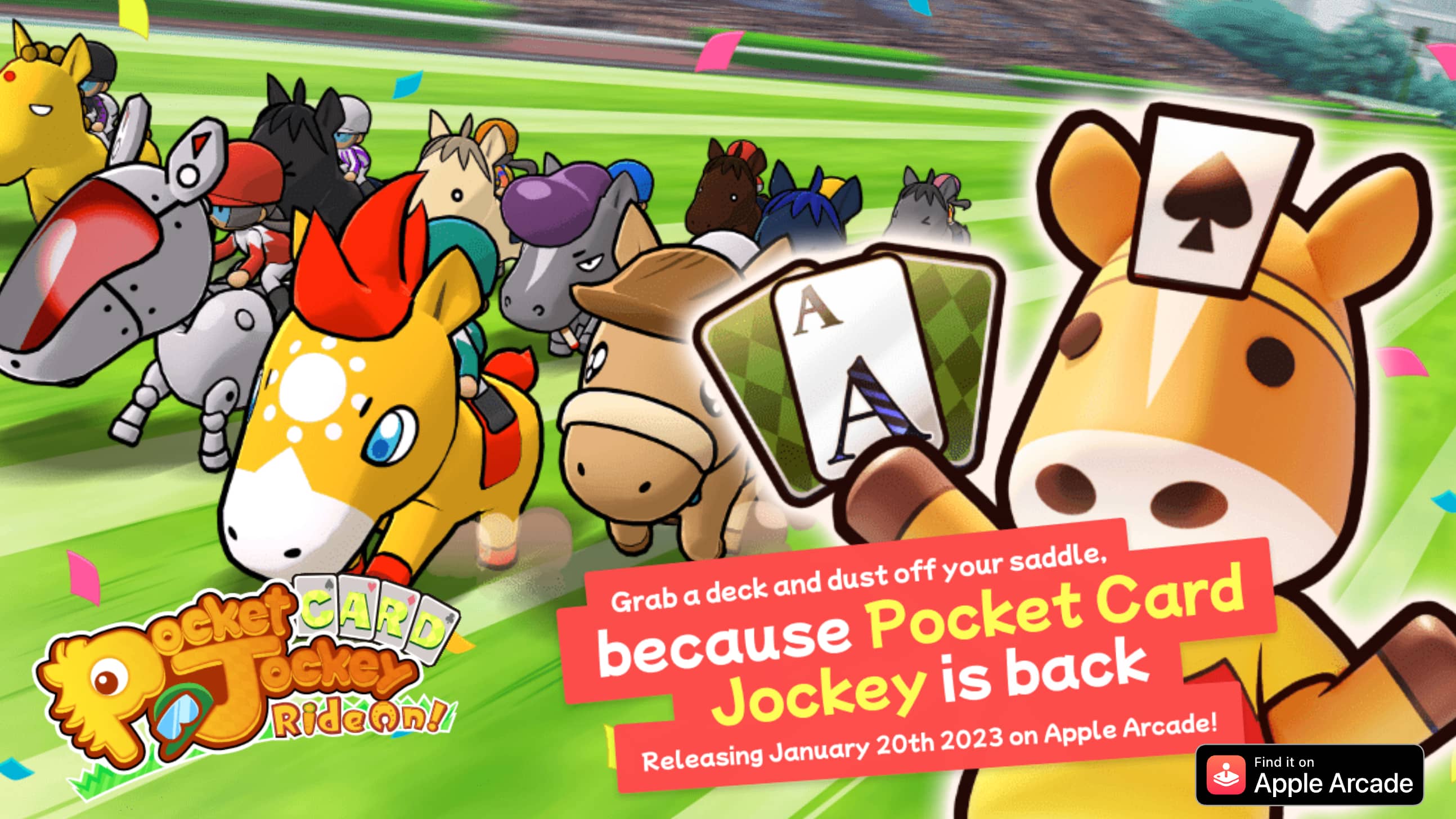 Saddle up for some solitaire in this unique solitaire and horse-racing hybrid from Game Freak, creators of the Pokémon franchise. To increase your chance of winning the race, you must quickly clear cards with sequential numbers.

The more cards you clear, the more energy your horse charges during races. You’ll also use the cards to boost your horse’s performance, level up and learn new skills, breed your racehorses to gain new abilities and so on.

In Squiggle Drop by Noodlecake, you solve puzzles by drawing a single vector shape. This physics-based game has you lowering a bridge, but you’ll need to be creative to solve the levels. In one level, you’ll bring the bridge down using a line with a hook. In another one, you’ll yank it using a big triangle. 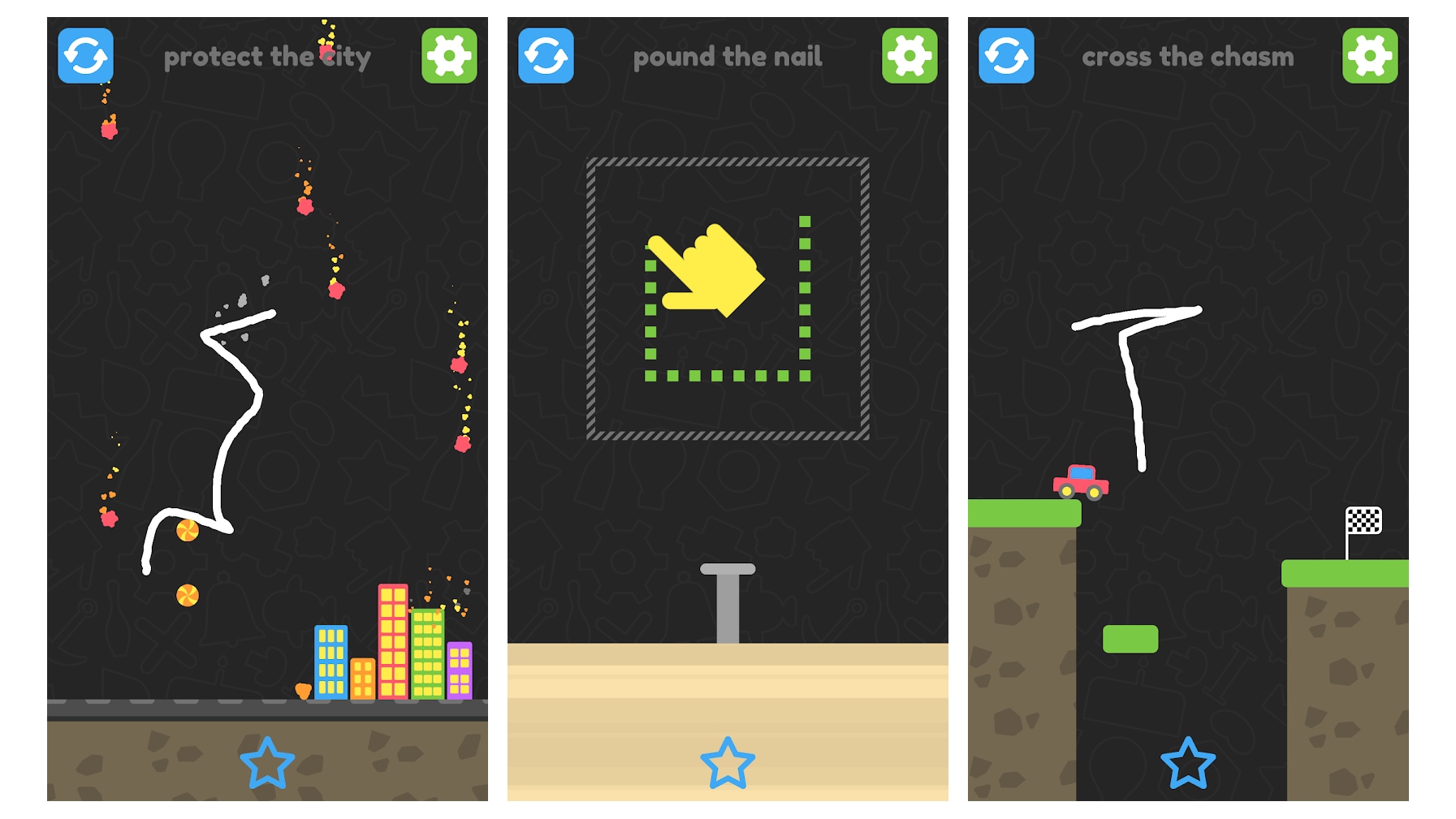 There are 100 puzzles to solve, each with its unique objective, and more will be on the way via free updates. Making things even more interesting is the fact that different levels require different problem-solving skills.

The best thing about Squiggle Drop is versatility—each puzzle has multiple solutions, allowing you to replay any level to find a new solution you didn’t try before. If you get stuck, use a hint feature that will tease a potential shape for you to sketch out.

To see a list of upcoming titles, hit the Arcade tab in the App Store on your device, then scroll down and touch the option See All Games. On the next screen, click Filters to narrow the list by release date and turn on the Coming Soon filter.

Apple may remove some tiles from the catalog due to poor engagement, usually when contracts with their developers expire. Removed titles are available on Arcade for two more weeks. Read: How to use a Nintendo controller on Apple devices

Apple Arcade gives you access to a growing library of over 200 games on your iPhone, iPad, Mac and Apple TV. All titles available on the service come without ads, tracking and in-app purchases. Apple Arcade costs $5/month after a free one-month trial. The service is included in all Apple One subscription bundles.

You get three free months of Apple Arcade with a new iPhone, iPad, Mac or Apple TV purchase. More info about Apple Arcade is available at apple.com/apple-arcade.