In an interesting turn of events Thursday afternoon, it appears that Odyssey Team lead developer CoolStar appears to have officially handed the keys of the Sileo package manager to longtime Sileo Team member Amy While (@elihwyma). 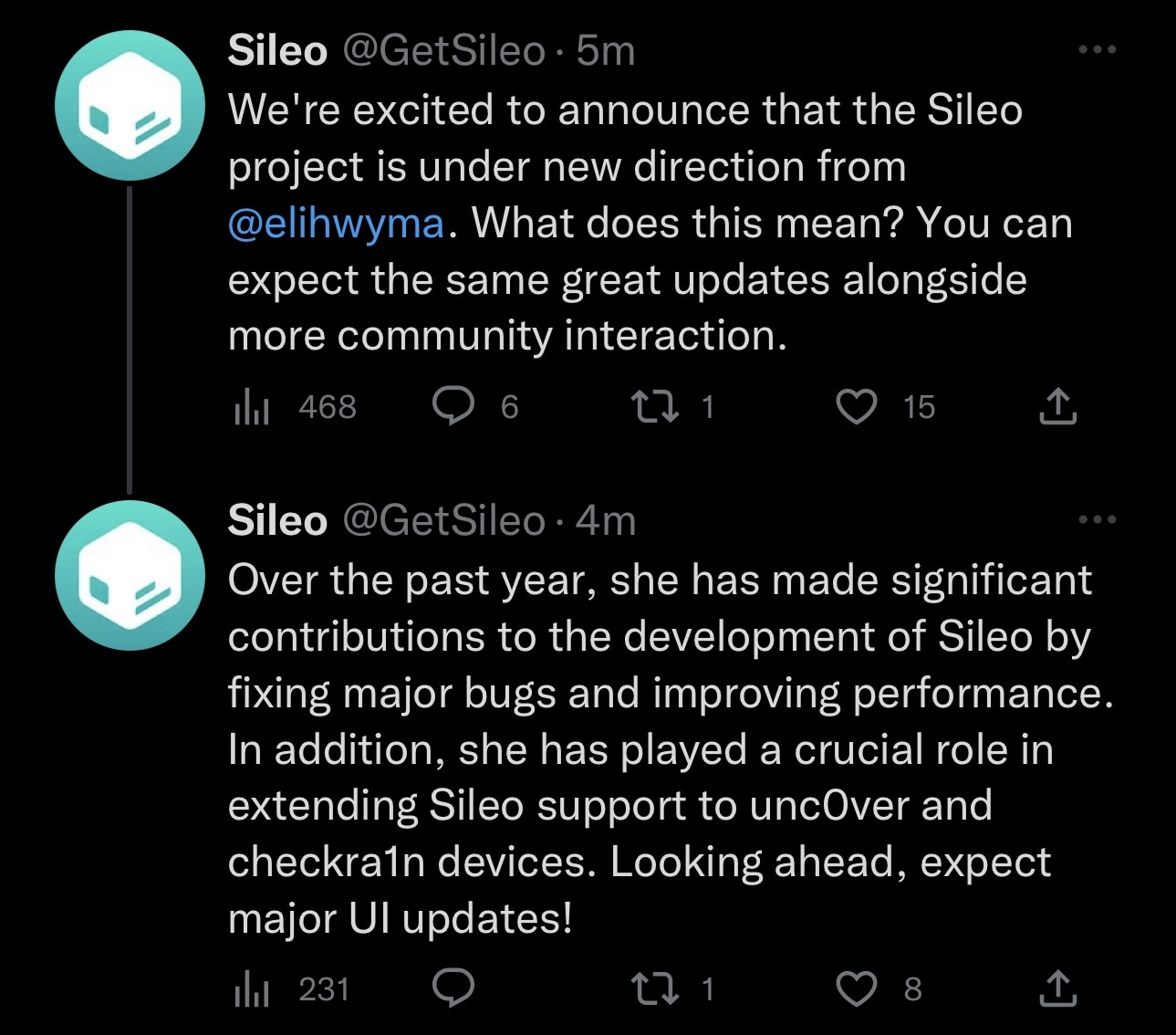 The big news was announced via Twitter this afternoon and signifies big and hopefully positive changes to Sileo as the project comes under new management. According to the Tweet, this means that The Sileo Team will be more active with the community and Sileo should see more frequent updates.

CoolStar, the previous lead developer of the Sileo Team, evidently isn’t an active player in the jailbreak community anymore. The first clue of this was when the Cheyote jailbreak for iOS & iPadOS 15.0-15.1.1 devices failed to launch in 2022 after tons of hype in the middle of the year. CoolStar has repeatedly voiced interest in other activities besides jailbreaking, and this would include developing the Sileo package manager for jailbroken devices any further.

While has been a substantial part of Sileo’s development for quite some time, so to say this change is well-earned would be an understatement. In just the past year alone, While addressed bugs in the software while improving performance, and more importantly, served as the push needed to extend support to competing jailbreaks like checkra1n and unc0ver.

More recently, While was responsible for developing a new build of Sileo that works on the developer-only XinaA15 jailbreak for A12-A15 chip-equipped handsets running iOS 15.0-15.1.1 by @xina520. This jailbreak is still currently under development and is considered to be in its beta stages.

Sileo is the primary package manager used by all of the Odyssey Team’s jailbreak tools, and is also used by default on the palera1n jailbreak. Given the benefits of Sileo’s native user interface, it runs performantly while sporting modern features that the jailbreak community tends to love.

Sileo is open source on GitHub for anyone interested in taking a peek.