You can play 200+ games for free with an Apple Arcade subscription. For any upcoming title that has yet to launch, hit the Get button on its Apple Arcade page if you’d like to receive a notification when the game becomes available to download. 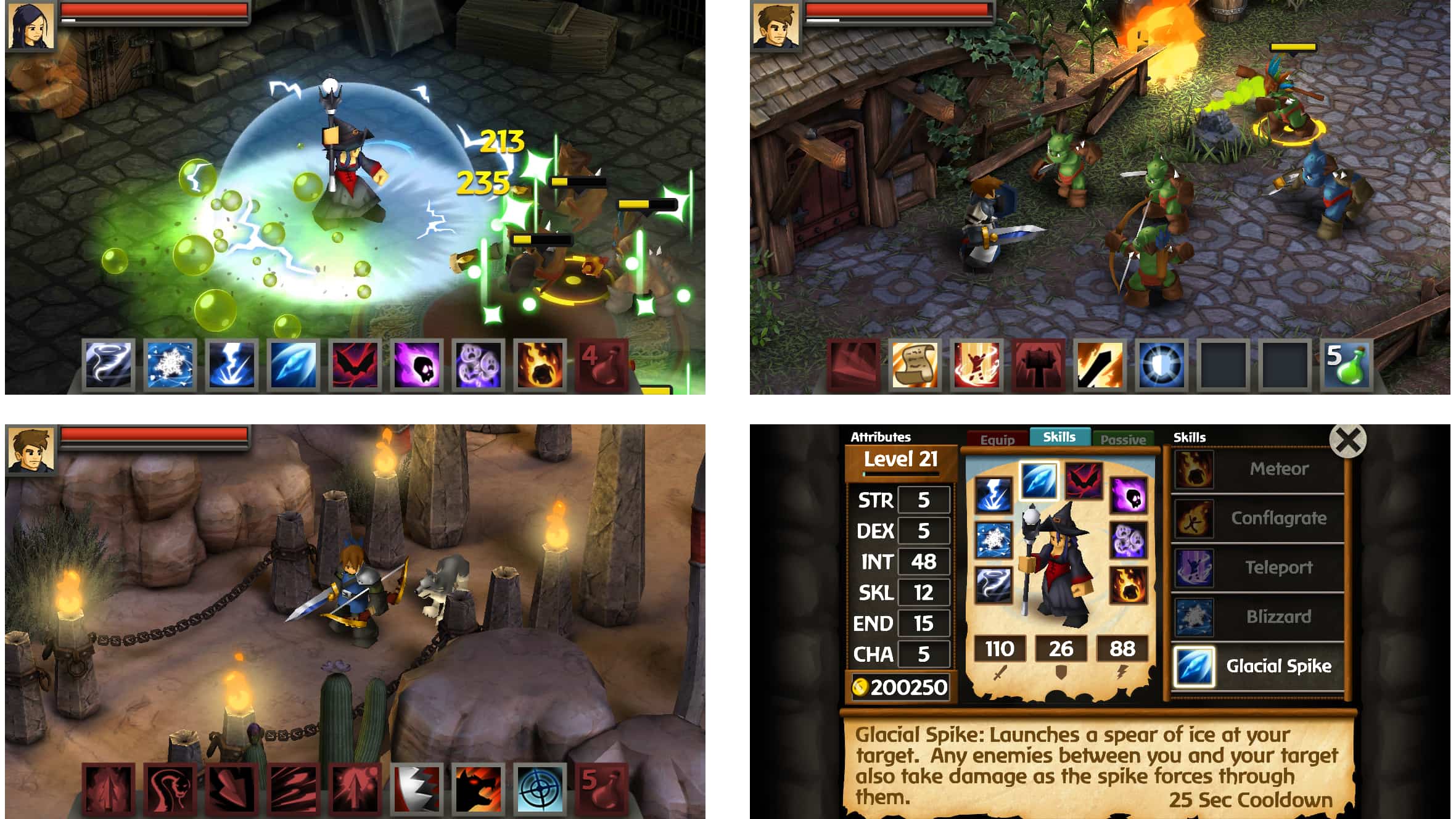 You’re going to love a refined real-time combat system in this Apple Arcade remix of 2014’s classic mobile RPG by developer Mika Mobile. RPG titles can intimidate players with too complex controls, but Battleheart Legacy+ isn’t one of them. In this game, you simply tap to move your character or attack enemies.

According to Mika Mobile, there are over 15 character skills across 12 classes to unlock in the game. In Battleheart Legacy+, you can combine classes which is one of the killer features of the original game.

On top of that, you can discover more than 200 items to further upgrade your character. You’ll also love the visuals in this game and the exciting boss battles.

Join the managerial elite in a mobile version of Sega’s desktop classic. With touch-friendly controls and over 120 leagues from the world’s biggest footballing nations, there will be no shortage of players to assemble your dream squad. Don’t like to strategize too much? No worries, Football Manager 2023 Touch provides templates for soccer tactics modeled on the world’s most popular styles.

The game supports PlayStation, Xbox or MFi controllers though you won’t need one because this isn’t an action football simulator. Like with the desktop version, you can choose to savor the action from the digital dugout or skip straight to full-time.

Billed but developer Broken Rules as “a game about life, loss and hope,” Old Man’s Journey is another Apple Arcade take on an existing App Store title, which among other things means no ads, no in-app purchases and no tracking.

Featuring meditative gameplay, an emotional narrative told only through imagery and light puzzles to solve, Old Man’s Journey+ will perhaps delight you the most with its handcrafted world and original soundtrack by SCNTFC.

SpongeBob discovers solitaire in this new card game from Paramount’s Nickelodeon division. In SpongeBob SolitairePants, you’ll need to strategize in order to clear cards on a square area. You can play in single-player Quest mode or test your skills against other human players worldwide in real-time multiplayer matches. There’s also a classic mode where you must stack cards in sequence to reveal them all.

You’ll unlock decks with various designs as you progress. When bored with that, why not compete for the top spot on the daily leaderboards in daily competitions?

To see a list of upcoming titles, hit the Arcade tab in the App Store and scroll down, then touch See All Games. On the next screen, click Filters to narrow the list by release date and switch on the Coming Soon option.

Apple may remove some tiles from the catalog due to poor engagement, usually when contracts with their developers expire. The removed games are available on the service for two more weeks.

Apple Arcade gives you access to a growing library of over 200 games on your iPhone, iPad, Mac and Apple TV. The games are free of advertising, tracking and in-app purchases. Apple Arcade costs $5/month after a free trial.

You get three free months of Apple Arcade with a new iPhone, iPad, Mac or Apple TV purchase (for further information, visit apple.com/apple-arcade).