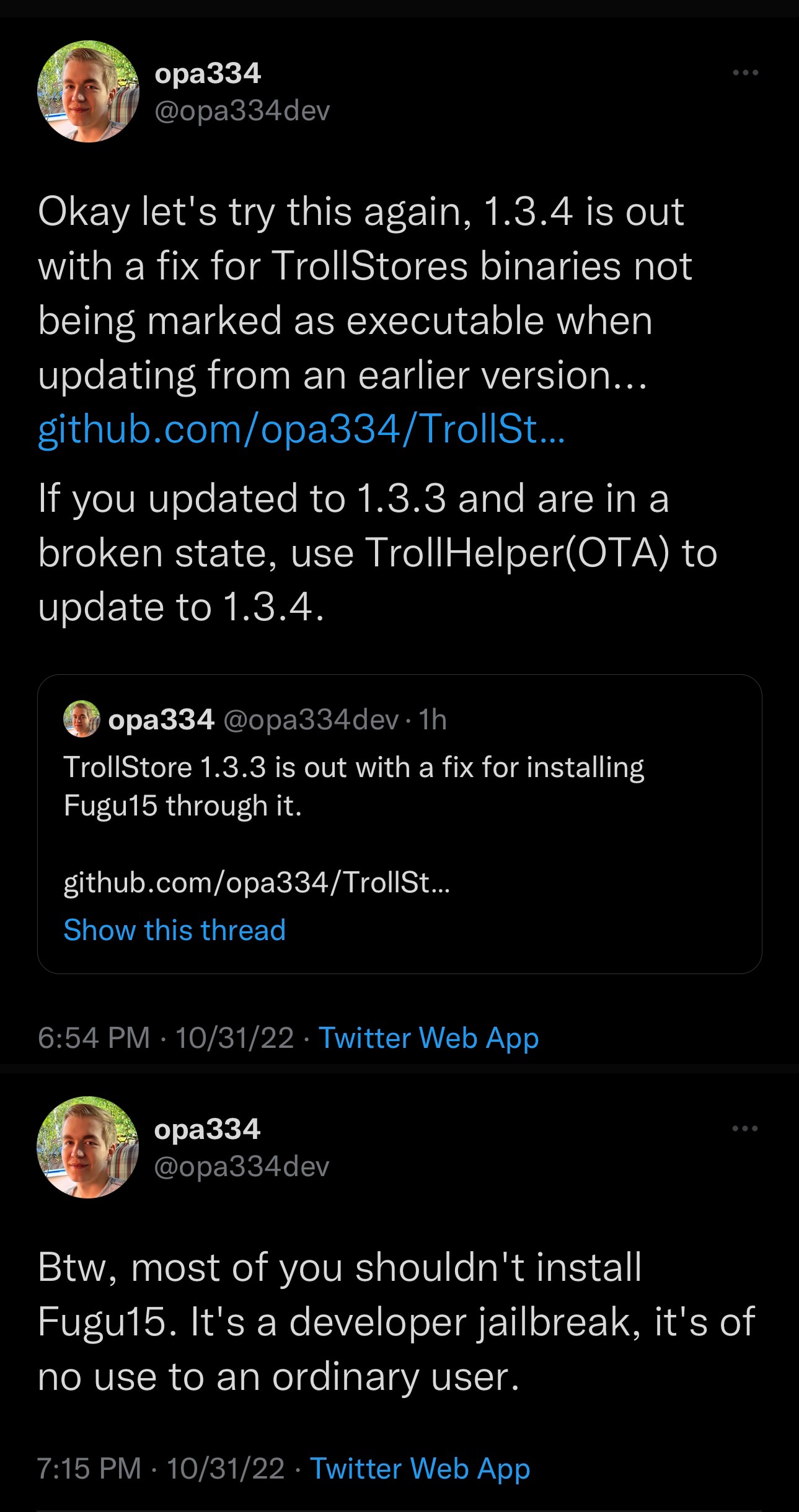 Opa334 announced the aforementioned TrollStore updates one after another via Twitter Monday evening, and according to the change log, these are the changes in the latest TrollStore release(s):

From what we can gather, version 1.3.3 was originally released with the changes above, however opa334 quickly realized a mistake in the update process of version 1.3.3 and released version 1.3.4 shortly after to address it.

Although installing Fugu15 with TrollStore is now much easier, we still don’t recommend it for the average prospective jailbreaker. This is because Fugu15 is mainly intended for developers who wish to tinker, it hasn’t been tested on a wide variety of device and firmware combinations, and it doesn’t have support for tweak injection. Opa334 echoed this wise advice in a follow-up Tweet.

The latest version of TrollStore is recommended for all existing users, and can be easily updated to via the OTA (over the air) updating mechanism in the TrollHelper app. If you’re not already using TrollStore, then you can install it on your iPhone or iPad running iOS or iPadOS 14.0-15.4.1 (and some 15.5 betas) using either of the methods discussed in the step-by-step tutorials below:

Have you updated to the latest version of TrollStore yet? Be sure to let us know in the comments section down below.