Apple’s clarified what happens when your favorite Apple Arcade games are pulled from the service, saying you can play a leaving title for at least two weeks. 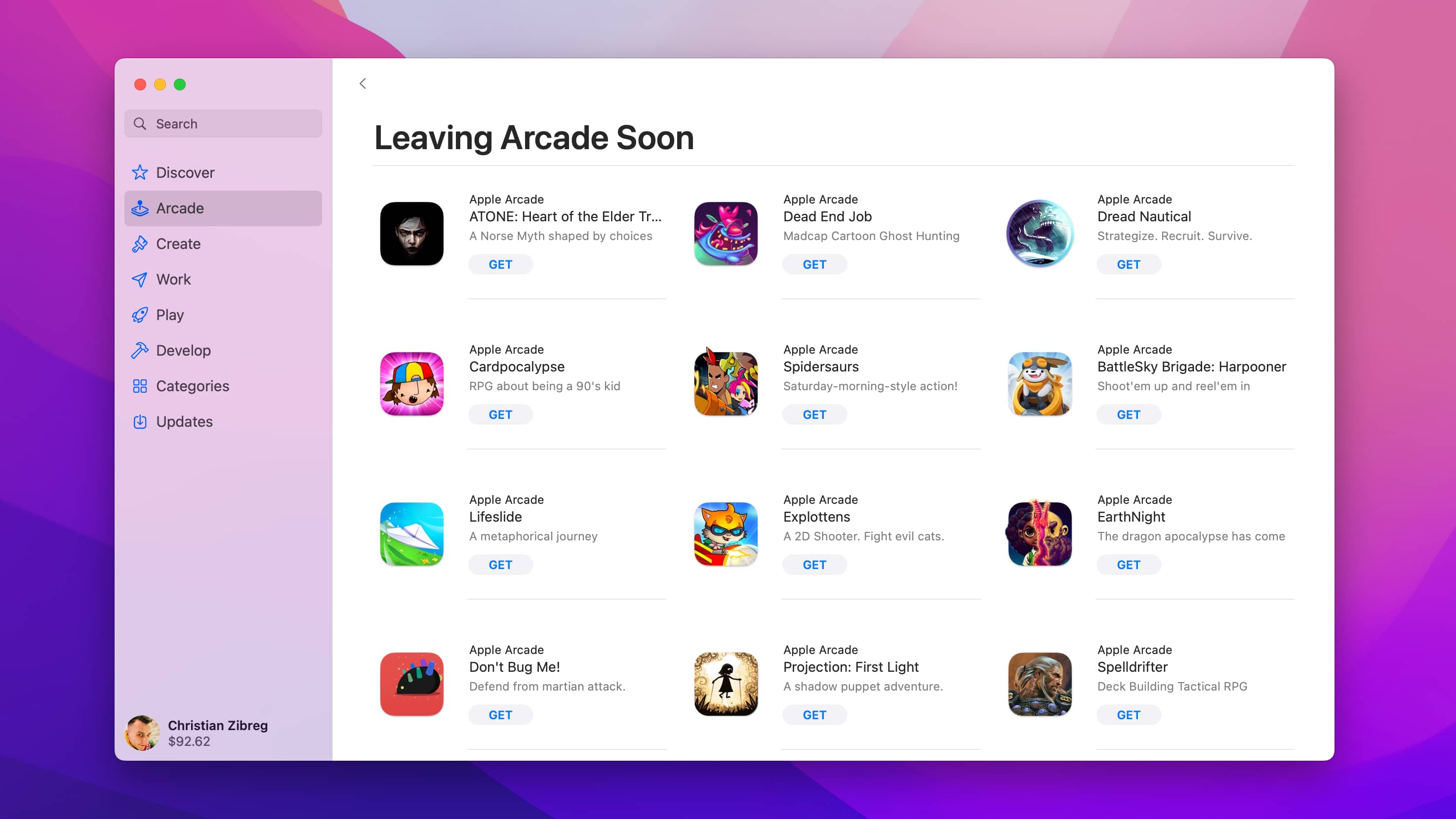 Can you re-download the removed Apple Arcade titles?

Can you load saved progress from leaving Arcade games?

When a title is removed from Apple Arcade, your saved game progress will remain stored locally on your device or in iCloud. If the title is introduced again on the App Store, that doesn’t necessarily mean you can load your previously saved progress and continue right where you left off. For that to happen, Apple clarifies, the developer must permit you to load your saved progress.

It’s in the developer’s sole discretion to determine if this is something they would be prepared to implement or not. Basically, the new app would need some extra code to transfer your saved progress from the removed Apple Arcade version.

Why do some games leave Apple Arcade sometime?

Apple Arcade titles are licensed to Apple for a limited time. MacRumors says Apple initially signed agreements  that give it rights to host specific games on Apple Arcade for up to three years. The deals provided a fixed payment and ongoing royalties to developers. And because those contracts are now ending, Apple may choose not to renew some of them based on performance and revenue. Developers retain rights to their games so titles leaving Apple Arcade are free to launch on other platforms.

Games can be re-added to the ‌App Store‌ on the same day that they’re removed from ‌Apple Arcade‌, but the games will be uploaded with a new bundle ID. That means ‌Apple Arcade‌ subscribers can redownload the games, but they won’t have access to the same game that was available through ‌Apple Arcade‌.

Many of the fifteen games that will be leaving ‌Apple Arcade‌ soon are some of its launch titles, such as Spelldrifter, Lifeslide, Projection: First Light, Lifeslide, Exploiters, EarthNight, Cardpocalypse, Spidersaurs, Dead End Job and more.