Jailbreakers who use any of the Odyssey Team’s tools should be familiar with libhooker, as it’s the primary tweak injection method used by those jailbreaks so that tweaks can hook into system processes and work how they’re expected to. 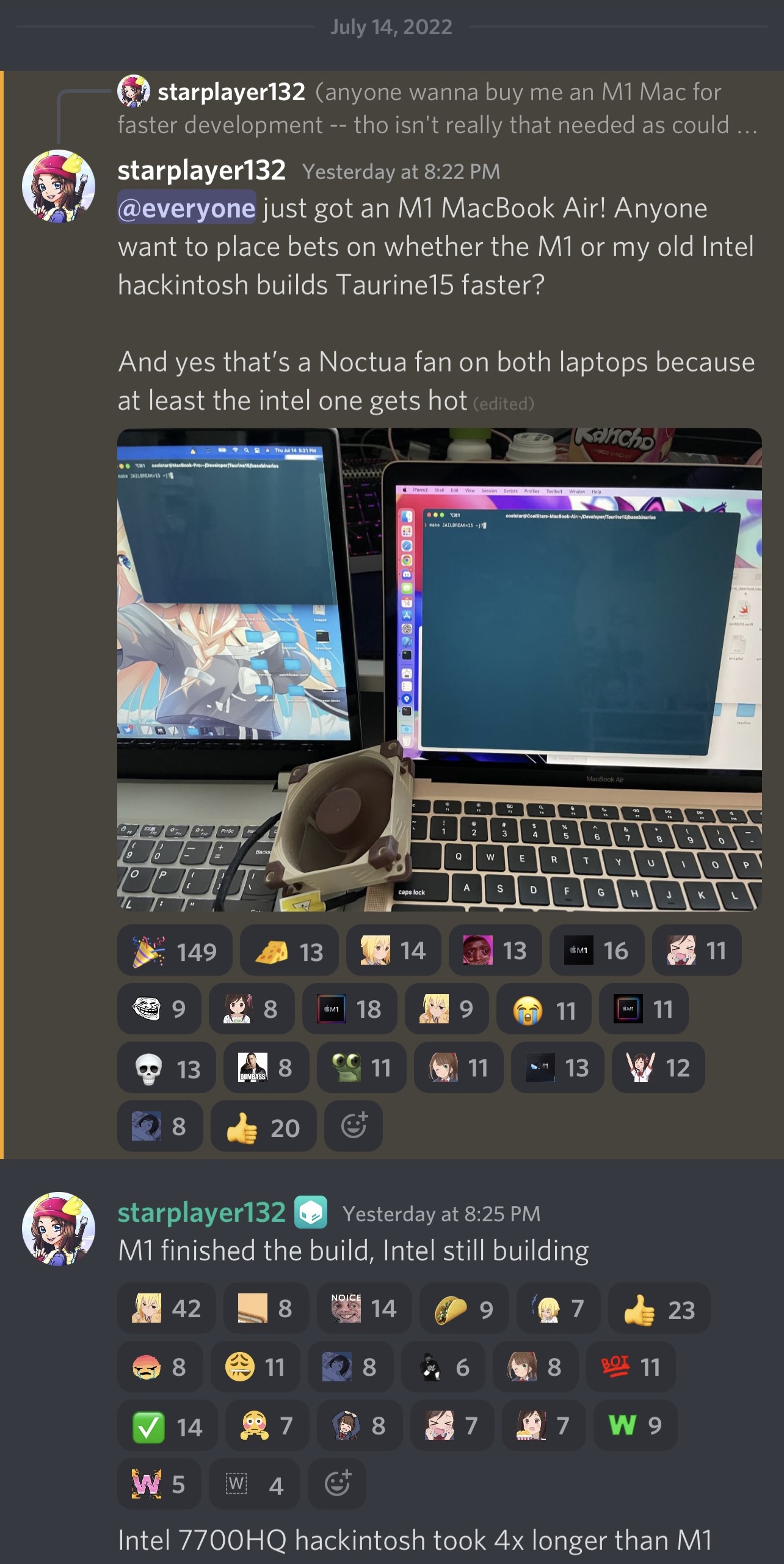 But while the aforementioned implies an exclusivity to jailbroken iPhones and iPads, that doesn’t seem to be the case. Odyssey Team lead developer CoolStar used the Sileo / Taurine / Odyssey Discord channel last night to show off libhooker running on an M1-equipped MacBook Air.

CoolStar’s post included a side-by-side comparison of an Intel 7700HQ-equipped hackintosh laptop and an M1-equipped MacBook Air attempting to compile ‘Taurine15,’ and as many would come to expect from the much praised M1 chip, it was faster at the job

Shortly after discussing the speed test comparison results, CoolStar probed the channel for interest in libhooker for M1 Macs, which appeared to garner a considerable amount of attention. CoolStar said it would be possible to offer libhooker-based systemwide tweak injection for macOS 11.0-12.3.1.

Further comments revealed that making a ‘Taurine15’ for Mac also purportedly wouldn’t require users to disable system integrity protection (SIP), and trailing those comments was a screenshot of libhooker successfully running on macOS: 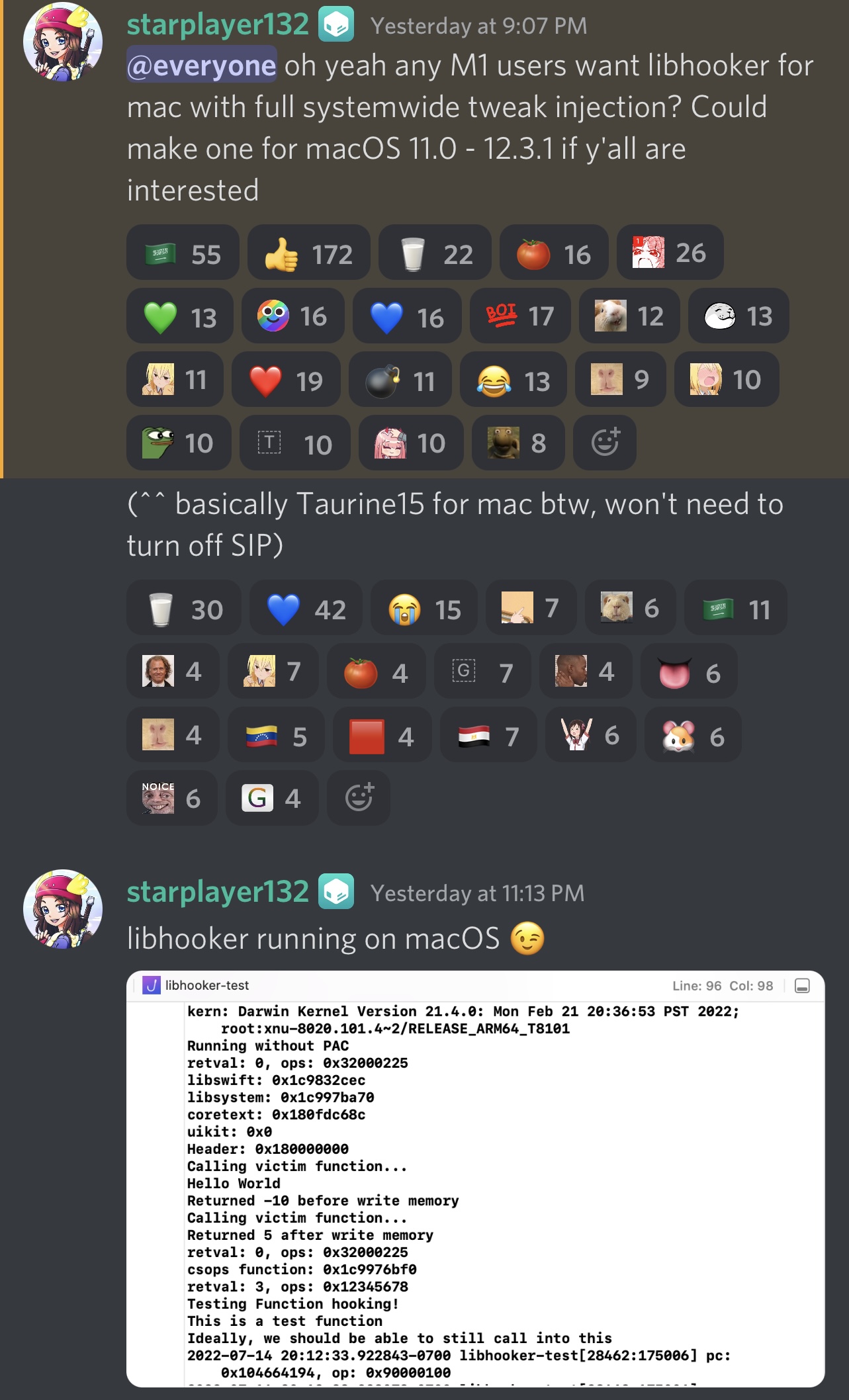 Fascinating indeed… however we’ve known for quite a while that the Odyssey Team has at least some interest in jailbreaking macOS for higher configurability, as the idea of Sileo and Procursus for Mac has been floated around for months, if not years.

The Odyssey Team continues to work on the rootless jailbreak for iOS & iPadOS 15, subtly referred to as ‘Taurine15’ for now. There’s still no ETA for a release, but at least the faster laptop will help CoolStar build the software a little more quickly.

Would you use tweak injection on your M1-equipped Mac if available? Let us know what you would hope to do with it in the comments section down below.