Most people associate the Procursus bootstrap and Sileo package manager with the iOS 12-based Chimera jailbreak or the iOS & iPadOS 13-based Odyssey jailbreak, but that’s liable to change soon future as Odyssey Team member Hayden Seay teased almost a month ago that Procursus and Sileo would be coming to the Mac.

Wednesday evening, we got a first-hand glimpse of just how quickly the aforementioned project appears to be coming along.

In response to an eager Twitter user, Seay echoed a demonstration video shared originally by @elihwyma of what appears to be the Sileo package manager running on macOS Big Sur. In the video, the user navigates the Sileo app’s user interface and installs OpenSSL with it: 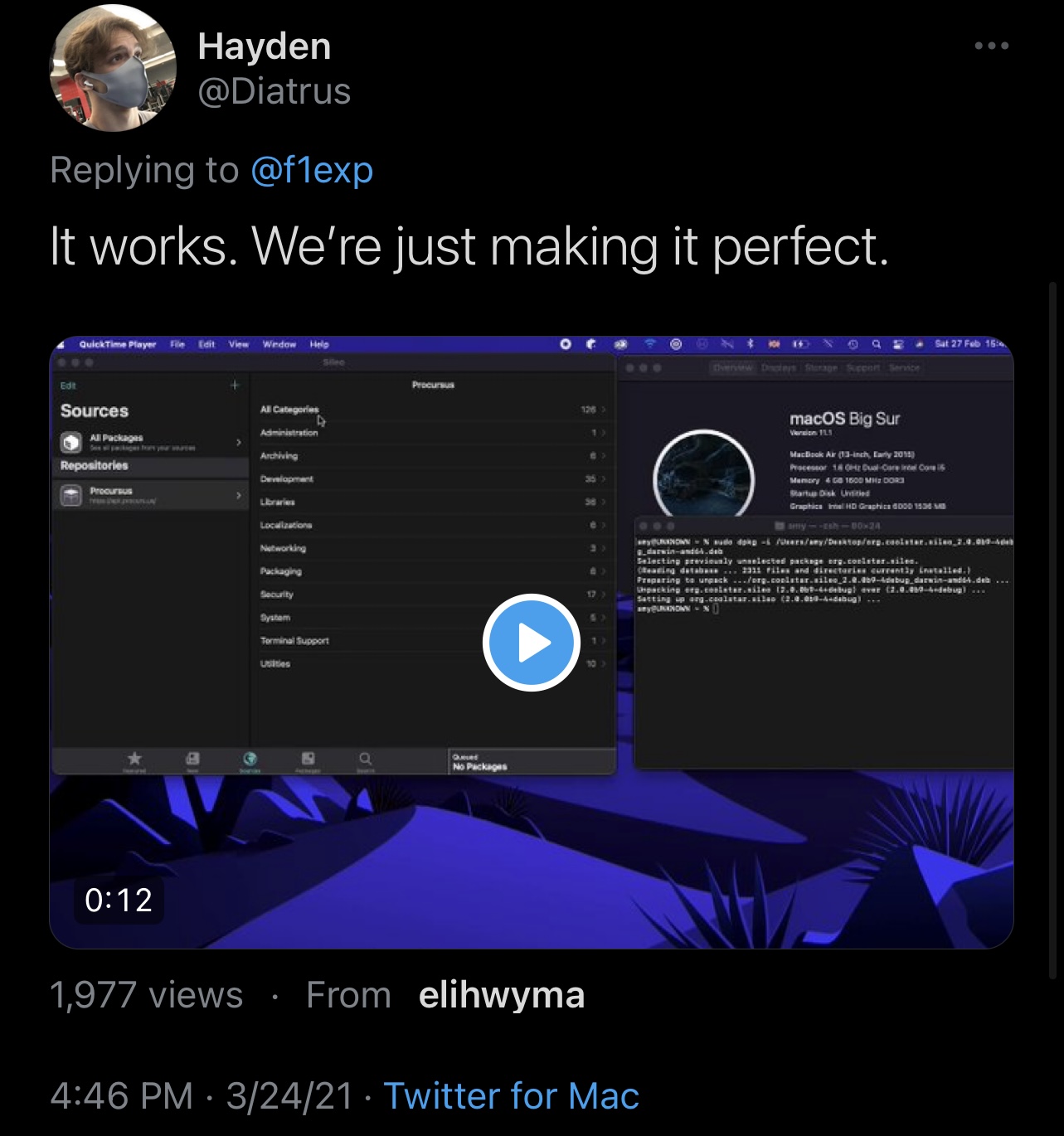 “It works. We’re just making it perfect,” Seay said in his Tweet.

There’s still no firm ETA for when Procursus and Sileo will be release for macOS, but based on conversations that I’ve had with Seay, I can say with confidence that it won’t be rushed. Instead, Seay remains laser-focused on developing airtight software that will perform as expected for end users upon release.

It remains to be seen exactly how Sileo might be used on the macOS platform, and for that reason, we’re particularly excited to see what becomes of it. The primary goal appears to be to develop an alternative to Homebrew, a command line-based package manager that can install third-party software on Mac or Linux computers. Based on initial reactions, it appears that both developers and everyday users alike are getting antsy to go hands-on with it, so that indicates good things to come.

Will you be installing Procursus and Sileo on your Mac when it becomes available? Share why or why not in the comments section down below.