Most people who hear the word Sileo immediately think of the default package manager used by the Chimera and Odyssey jailbreaks for iPhone and iPad. But what if it could also run on a Mac?

The idea of having a package manager such as Sileo available on the Mac isn’t new, and Odyssey Team co-developer Hayden Seay (A.K.A. Diatrus) says it will be coming to fruition very soon.

In a Tweet shared just this evening, Seay announced that Sileo would be coming to both Intel x86_64 and Apple silicon arm64 Macs running macOS Big Sur: 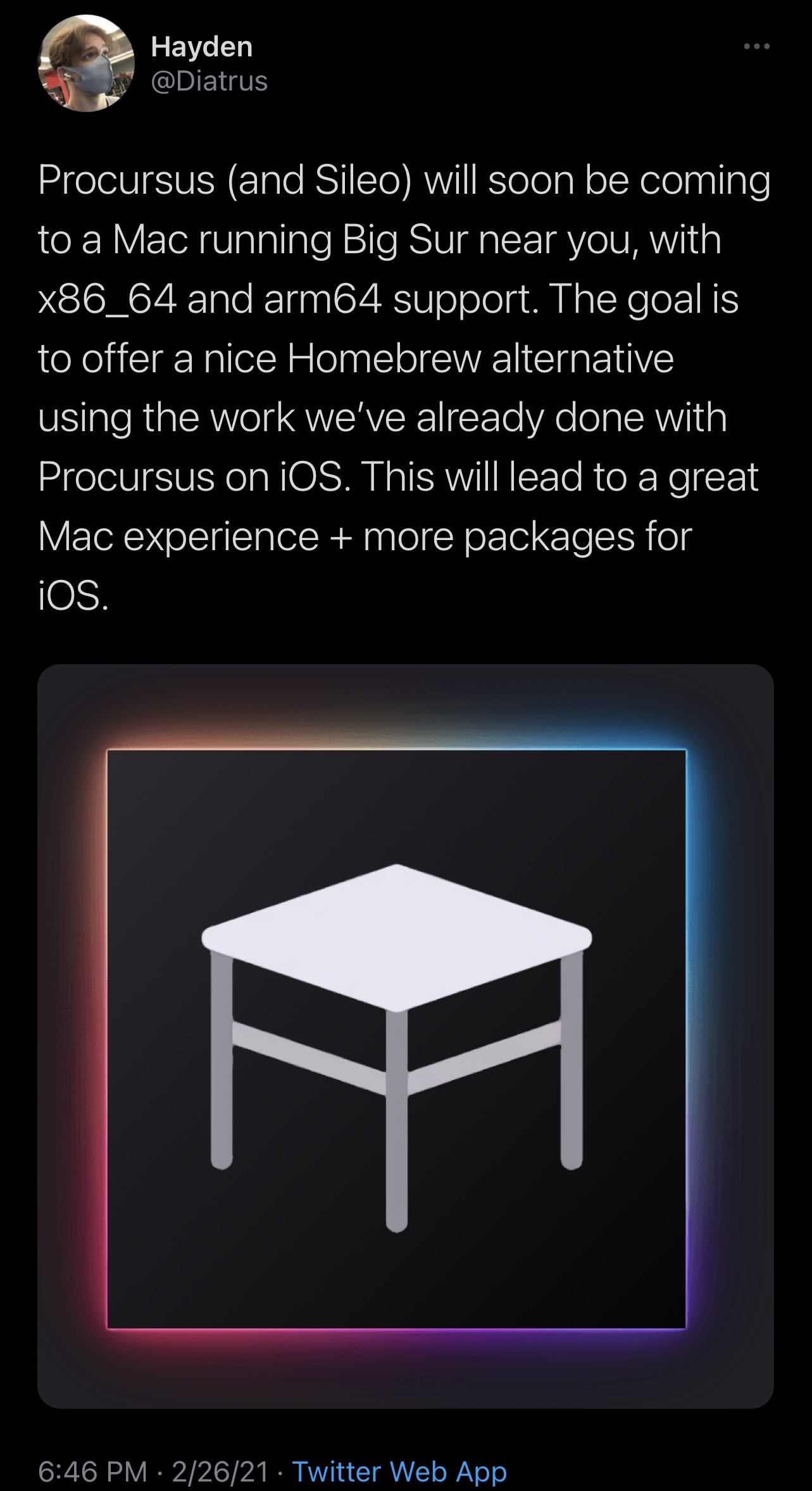 Seay adds that the mission behind such a release is to provide an alternative to Homebrew, and that it would be based on Procursus, a project that has demonstrated its utility time and time again on the iOS platform.

Homebrew is used in the process of installing Odysseyra1n on an iPhone or iPad already jailbroken via checkra1n, so it remains to be seen if Sileo on the Mac might make this process easier for those unfamiliar or uncomfortable with a command line interface. In turn, Sileo would provide a graphical user interface, which most everyday users tend to prefer.

It’s also likely that Sileo on the Mac would open the door for installing third party software on macOS, such as customization by way of tweaks and add-ons. Seay says the release will augment the Mac experience and help developers offer more packages for iOS.

In response to Seay’s announcement, Twitter user @HackedByApple shared what appears to be a screenshot of the Sileo package manager running in a macOS window — the interface is particularly familiar if you’ve ever used it on a jailbroken iPhone or iPad: 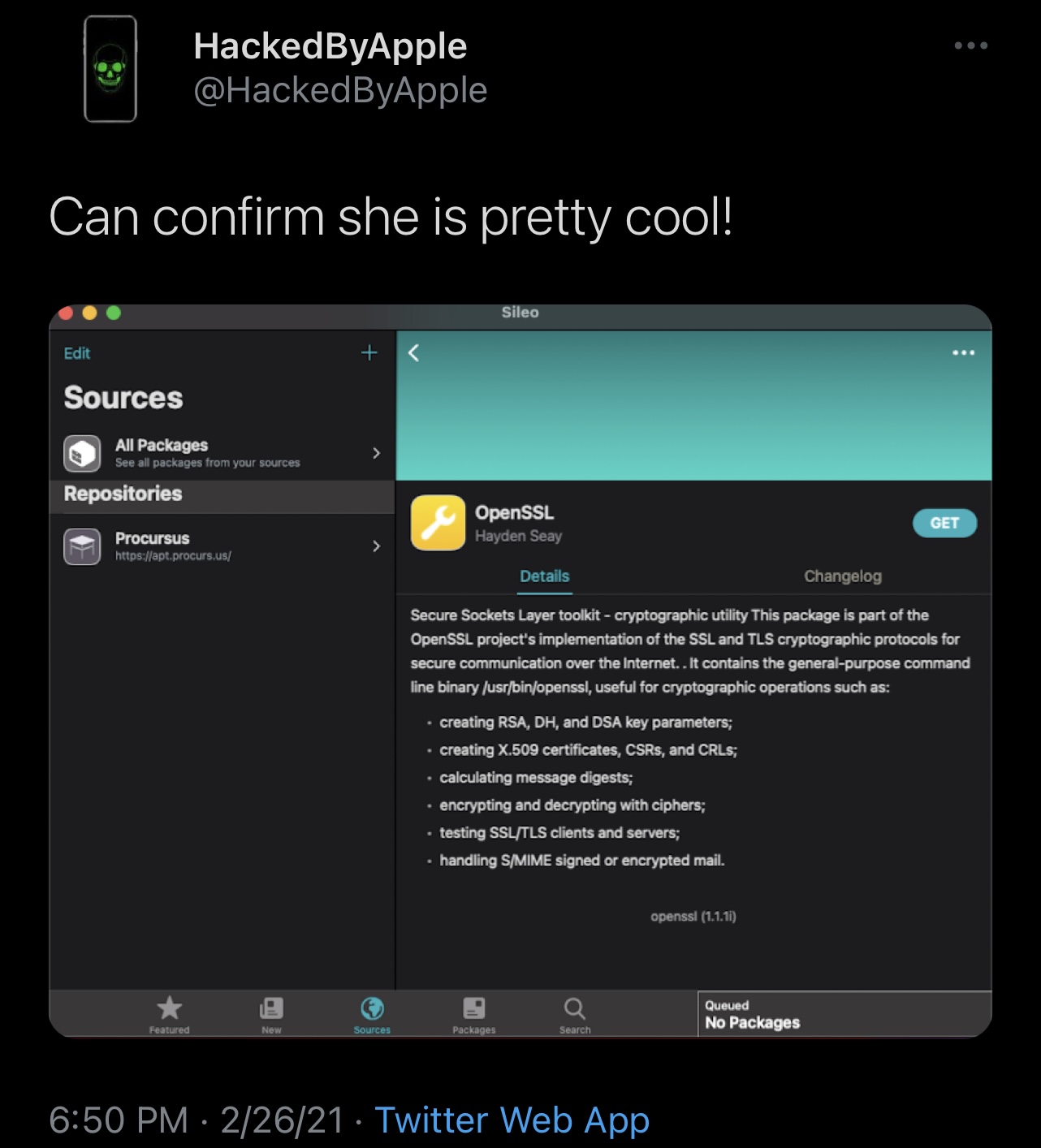 We’re excited to see what Procursus and Sileo might offer for the Mac, and more importantly, how developers might utilize them to help jailbreakers and tinkerers alike.

Do you have any interest in Sileo for macOS? Let us know your thoughts in the comments section down below.