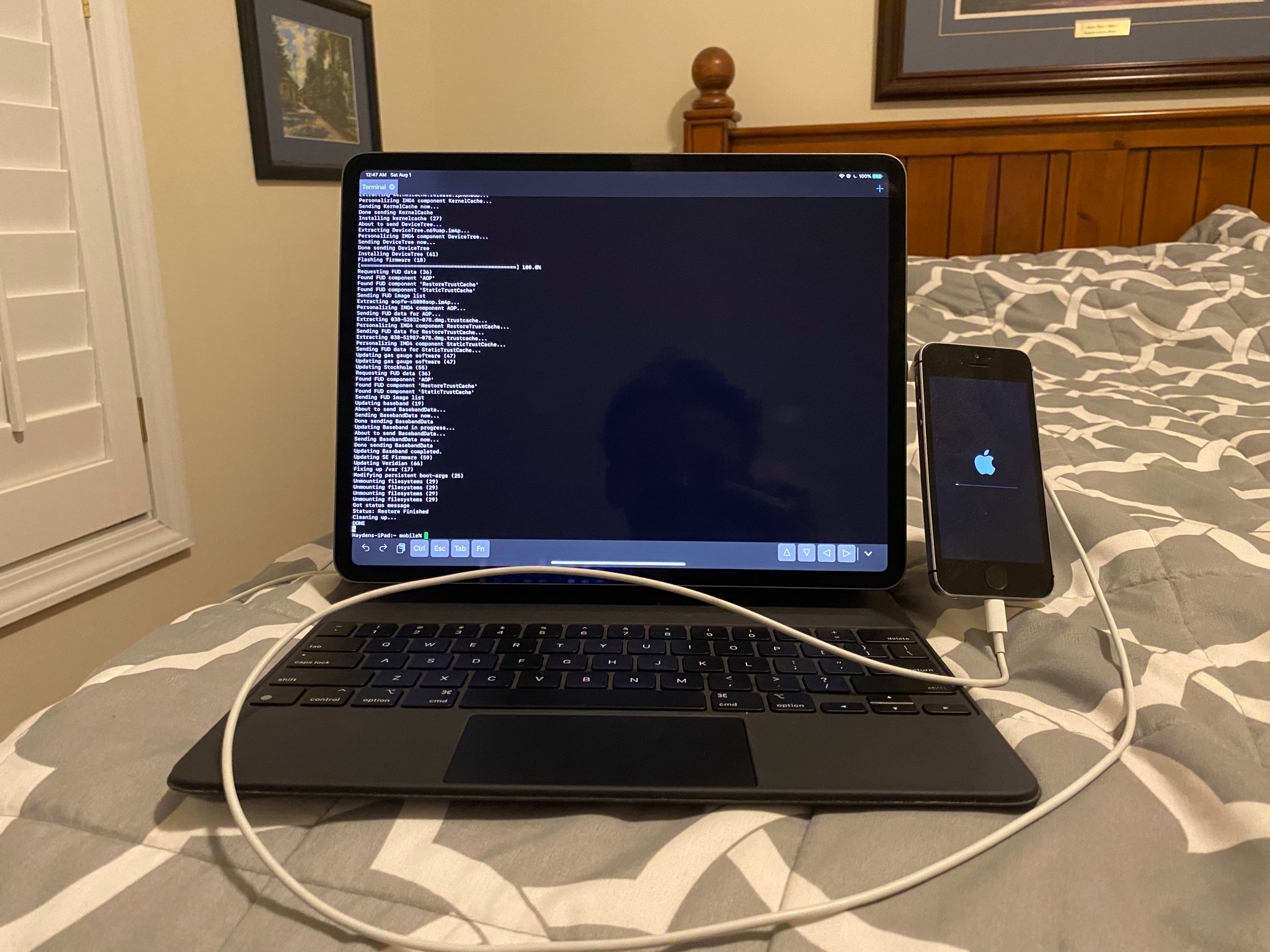 The slew of revitalizing jailbreak news recently is nothing short of exciting for anyone that’s heavily invested in the process of pwning of iPhones and iPads. Fortunately, it seems like there’s still a lot of exciting news and teasers to be witnessed by devoted members of the community.

Odyssey Team member Hayden Seay (also known by his online handle Diatrus) took to Twitter early Saturday morning to share a particularly captivating picture of what seems to be an iPhone getting its operating system restored via software running on an iPad: 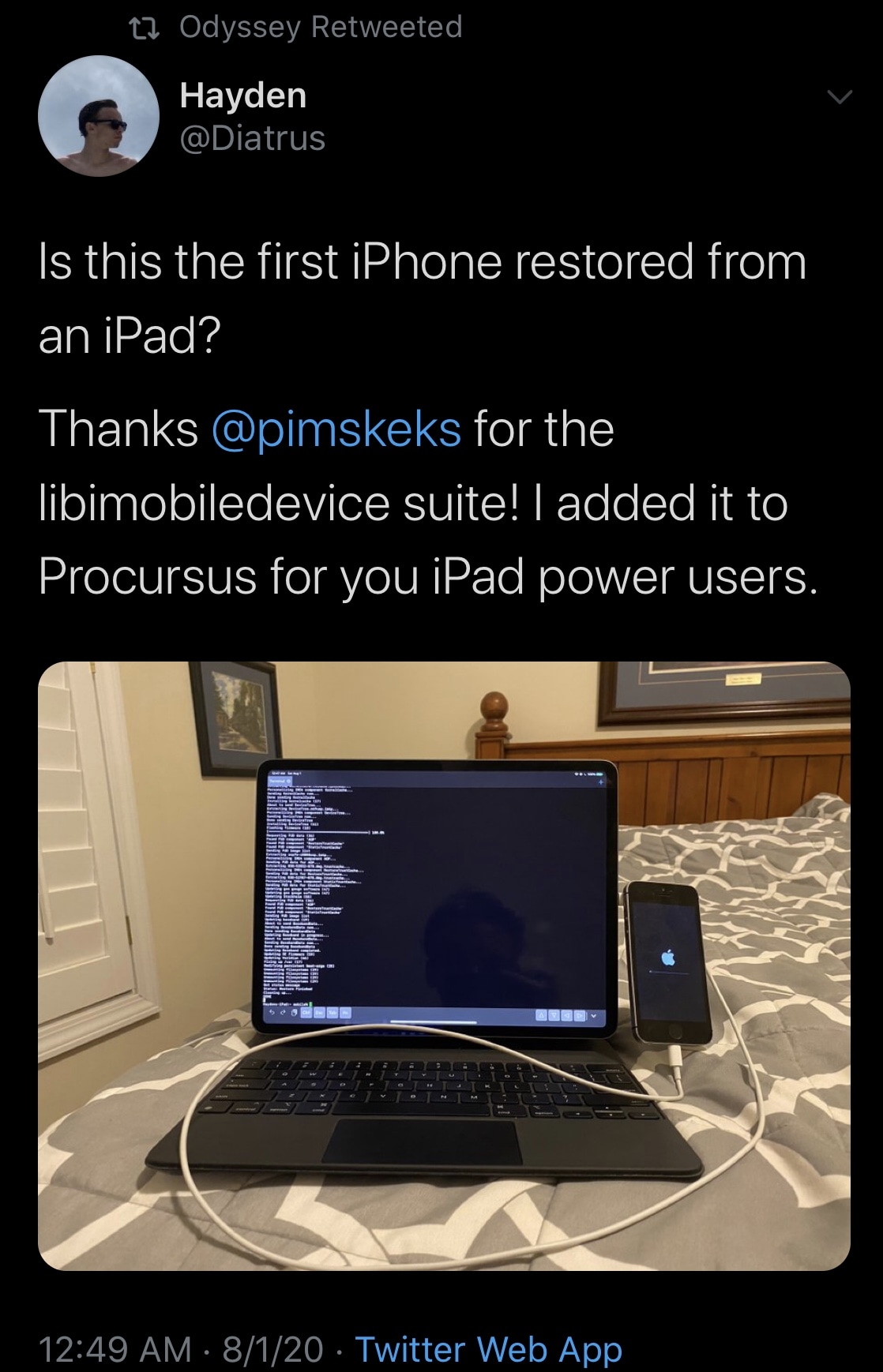 It remains to be seen if this is actually the first iPhone ever restored via an iPad, but it’s definitely an exciting feat. It’s evident from the iPad’s form factor that it’s a later-generation iPad Pro, which comes equipped from the factory with a USB-C port. The iPhone, on the other hand, appears to be an older-generation iPhone SE.

Citing Seay’s Tweet, restoring the iPhone via the iPad was made possible with the help of software packages dubbed libimobiledevice and libusb. These software tools were purportedly provided to Seay by iPhone hacker @pimskeks, a renowned member of the checkra1n jailbreak team.

In a series of follow up Tweets, Seay reveals that he plans to integrate this seemingly useful functionality into Procursus, a utility that gets installed on handsets that have been pwned with either Odyssey or Odysseyra1n. It’s targeted toward iPad power users, but we presume that it could also be helpful for anyone who doesn’t have their own computer and requires an easier way to restore iOS devices on the go.

It’s worth noting that the Odyssey jailbreak is currently contending with a DMCA investigation on GitHub after a claim had been made by the unc0ver team. The GitHub repository was temporarily removed pending investigation, however the Odyssey Team released an open public beta of the jailbreak just last weekend. The news on the street is that the corresponding GitHub repository should be restored soon.

Are you excited about the implications that this iDevice-to-iDevice restoring and upgrading has for the future of jailbreaking? Let us know in the comments section below.